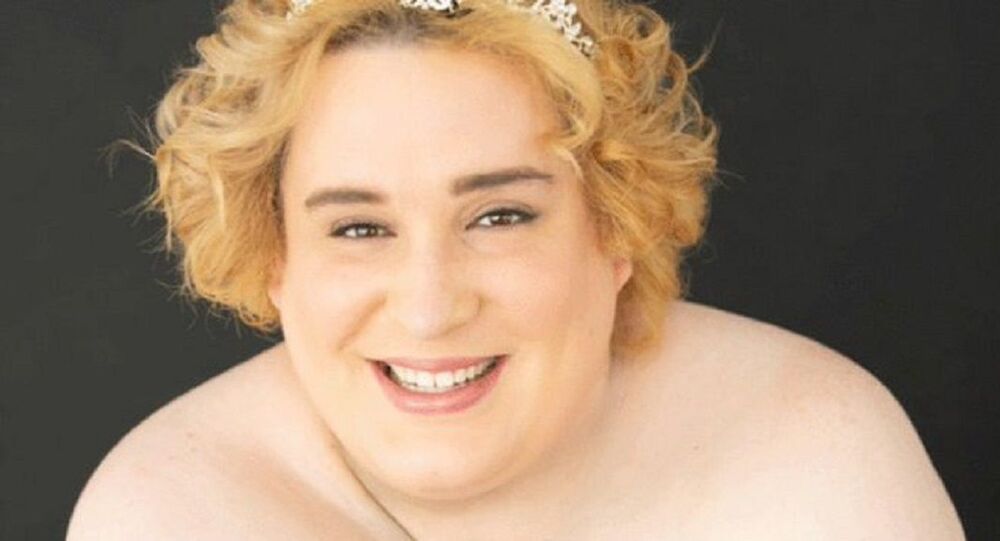 Jessica (born Jonathan) Yaniv, who identifies herself as a “social justice warrior”, has previously filed half a dozen complaints against other beauty salons. However, the British Columbia Human Rights Tribunal dismissed them, citing “improper motives or bad faith", while the activist was accused of targeting immigrant women working there.

LGBTQ activist Jessica Yaniv, who has male genitalia but identifies as a woman now, has launched another battle against one of Vancouver's beauty salons, claiming they refused to wax her legs. The activist launched a complaint with the British Columbia Human Rights Tribunal, the broadcaster CTV News revealed. It is expected to be heard this year.

As the Justice Centre for Constitutional Freedoms, representing the business in question, She Point Beauty Studio, Yaniv approached it for a Brazilian wax during the summer but the salon denied the request, citing their employees’ adherence to Sikhism. Yaniv’s request for waxing legs was also rejected, as it is said to take place “in private with the customer in their underwear or nude from the waist down.

"She Point Beauty Studio rejected Yaniv's request for services due to religious, cultural and safety reasons, and because the salon services are specialised to women", the organisation stated.

© Photo : trustednerd/instagram
Transgender Woman Jessica Yaniv Taking Action Against Gynaecologist Who Refused to See 'Her Penis'
Yaniv argues that although she did discuss getting a Brazilian wax with the salon, her complaint only targets the leg services. As screengrabs of her messages to and from the studio show, she was told that the salon is "only for ladies", but she argued that she was a lady too. According to their exchange, an aesthetician “said she is not comfortable with that” and that "it's her comfortable (sic) level”.

Yaniv reportedly launched half a dozen similar complaints earlier, which concerned mostly genital waxing, but also featured two requests to remove hair from her arms and legs. They were dismissed by the tribunal in October "on the basis that they have been filed for improper motives or bad faith". She was also ordered to pay $2,000 to each of the three workers who filed a defence.

"Having now heard the evidence in these complaints, I am satisfied that the pattern is deliberate and motivated by Ms. Yaniv's animus towards certain, non-white, immigrants to Canada and, in particular, members of the South Asian and Asian communities", its ruling says, also suggesting that she wants to "punish" immigrant women "whom she stereotypes as hostile to the interests of the LGBTQ+ community".

The activist, however, denied targeting immigrant women, arguing "You can't go anywhere, to any service-based business without it being an immigrant. I'm kind of stuck".

Social media users seem to be less than sympathetic to her battle, as well.

Jessica Yaniv is at it again! This time it’s for “refusal of service” for a leg waxing job that REQUIRES the person to be NAKED! Women will NOT be forced to see or touch your balls!!! Can’t wait for you to lose again. #yanivrejection #jessicayaniv #DeplatformPredators https://t.co/CiftHNY1Lh

This is such a waste of Canada's judicial system. Honestly something majorly wrong with them to continuing to harass salons into doing something they are clearly uncomfortable with.

#GoAwayJessicaYaniv JY is a truly disturbing person. Clearly abusing the legal system, clearly a predator & yet still on the streets trying to get salons to wax them. I’m sorry but JY needs to be in prison not trying to get waxed/touched at a salon!

Refusal of Service, Sexual Assault if any woman even sees his balls, harassment of he is asked to cover up, Hate Crime if his balls are regarded as male genitalia 🙄 the list is endless.

​Even trans persons seem to be against the litigation.

As a trans person I would not expect anyone to touch my genitals for a service is they dont provide for my specific genitalia. Ffs. Yaniv is a prime example of hurting the trans community..

She doing more damage then good

​Some suspect that she has an economic interest, something that was also brought up in the October ruling, which stated: “Yaniv was improperly motivated to bring these complaints in large part for financial gain”.

This is how Yaniv makes money. Yaniv calls several salons until refused service and then goes after that salon. Usually targets foreigners because Yaniv is racist as heck.