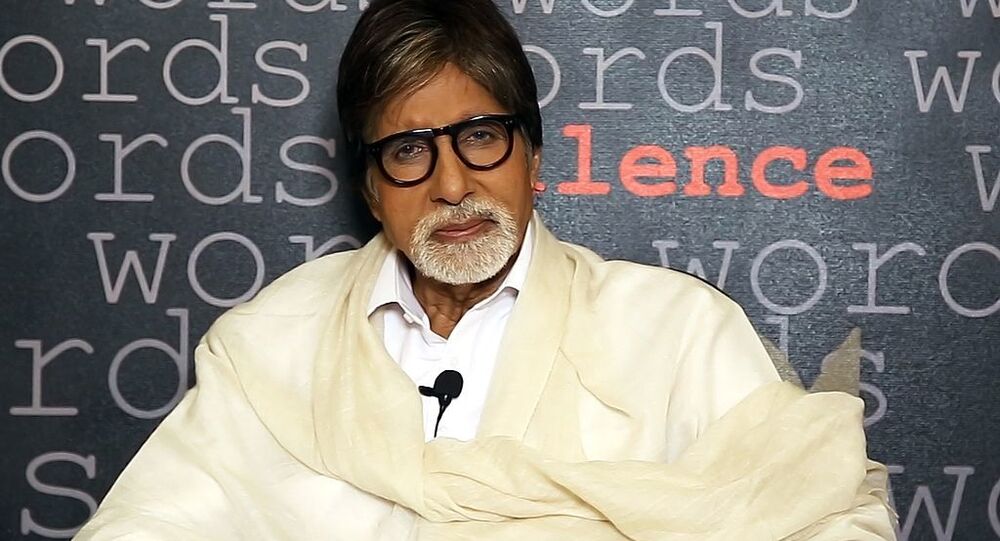 New Delhi (Sputnik): An amended citizenship law enacted by India earlier this month has triggered protests across the country, with some turning violent as several opposition parties, intellectuals, and students from several universities believe it is discriminatory on religious grounds - something the Modi government has denied.

Protests against a new law, known as the Citizenship Amendment Act, 2019 (CAA) that seeks to grant citizenship to illegal immigrants from six minority groups from three neighbouring countries, Afghanistan, Bangladesh, and Pakistan, but bars Muslims, have turned violent across India, killing over 20 people and damaging public property in many places.

Many Bollywood celebrities have also joined the chorus against the law, but there is a section of social media users, who noticed that iconic Indian actor, popularly called Bollywood’s reigning “Shahenshah” (emperor), Amitabh Bachchan has not publicly spoken out on the polarising issue.

Blunt and brutal, the Indian social media’s moral police targeted Bachchan on Monday with disappointment, sarcasm, questions and jokes for not taking a stand on the subject, with the hashtag #WhySilentSrBachchan trending on Twitter in India.

Dear sir,
We want to know your opinion. #whysilentsrbachchan

#whysilentsrbachchan
Q:- Tell us something about a lot happening in the country...
Amitabh bachchan :- pic.twitter.com/079AtYhk82

Sad! @SrBachchan’s lips are sealed against injustice and tyranny. Sad. @SrBachchan can only speak what Modi scripts for him.

​The 77-year old actor, who has been feeling unwell, meanwhile appeared in New Delhi to receive India’s highest honour in the field of cinema – the Dadasaheb Phalke Award – from President Ram Nath Kovind.

​The socially active actor shared pictures from the ceremony with his 39.6 million Twitter followers on Monday, ignoring the hashtag #WhySilentSrBachchan trending on top of Twitter.

T 3596 - ..my gratitude and my affection to the people of this great Country, INDIA .. for this recognition ..https://t.co/2vnNhjpyDQ pic.twitter.com/HpUMC3iCKu

​Bachchan’s die-hard fans, seeing their favourite “hero” being targeted online, jumped to his defence on the micro-blogging site.

The duffers who are trending #whysilentsrbachchan has no idea about the man Mr Bachchan is. He didn't give an interview to any film magazine at the peak of his career, the 70s. You think some twitter trend will scare the hell out of him? You guys are so wrong!

#whysilentsrbachchan give him a break #AmitabhBachchan

​The new CAA enacted by India entitles illegal non-Muslim immigrants from Bangladesh, Pakistan, and Afghanistan, who have been residing in the country before 2015, a right to apply for Indian citizenship. Many believe the act is discriminatory and against the spirit of the Indian Constitution drawing them to the streets in protest.