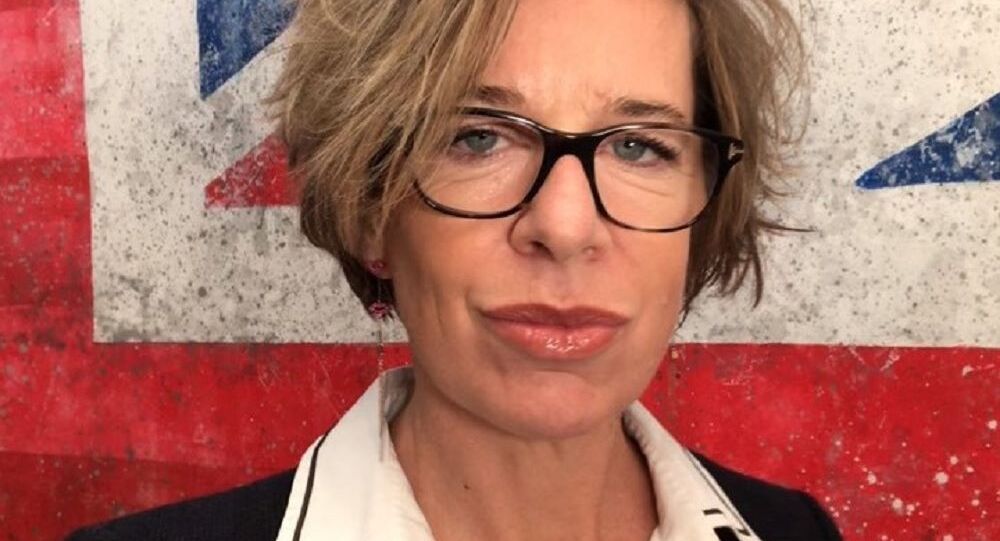 New Delhi (Sputnik): As turmoil grips India due to a controversial Citizenship Law passed on 15 December, the country has borne witness to widespread protests against legislation granting citizenship to persecuted immigrants from Pakistan, Bangladesh and Afghanistan, but barring Muslims.

British media personality Katie Hopkins, who often lands in hot water due to her explicit views, has shared a video of an Indian protester throwing stones at a bus and slammed Muslims in India for their “mentality” while hurrahing Indian Prime Minister Narendra Modi for enacting the Citizenship Law.

“The mentality of the Islamists protesting against the Citizenship Bill Why would India want these types as citizens? Hindus build. Islamists destroy. Keep going Modi. Hooray for #CAB2019", said Hopkins in a tweet. However, the video was later deleted from the original tweet, following backlash.

Hopkins was soon lambasted by social media users for sharing an old video unrelated to the ongoing protests in India.

Hello Katie, I see that you shared a 2017 video with false information. FYI - that is unrelated to the recent CAA protests. The video depicts public outrage after a pedestrian was hit by a bus driver. It's a clipping from an extended video.
Keep your hate to your own country! https://t.co/y6lbRx2k5B

In the video, shared by Hopkins, a bearded man can be seen hurling stones at a bus stationed on a road in India. But it turned out that the video was actually of an angry local smashing the windshield of a bus that had hit a pedestrian.

Does this video show a Muslim man hurling stones at a bus during #CAAProtest? No, and there's more to the story.

WATCH #AltNewsFactCheck the clip shared by many including British commentator Katie Hopkins and Vivek Agnihotri.pic.twitter.com/WJbd7qMwsJ

Other netizens also joined the fray and lashed out at Hopkins for spreading “hate” and peddling fake news.

What is it with crazy, hateful people with a platform and bad hairdos? 🤔

FAKE!
FAKE!!
FAKE!!!
This video is from 2017 took place after BRTS bus driver in Surat hits a pedestrian. the pedestrian had suffered serious injuries. The incident triggered outrage among the people and stones were pelted at the bus and the bus’s glass was shattered.

One man throwing one stone on one bus in one video. This for Katie is enough education & awareness to make sweeping statements about a whole country,it's history,it's laws and a religion. Why even debate

Whole machinery is put to create manipulation and misinformation. Police, media and BJP it cell are working together hand in hand. Unfortunately @siddhinath couldn't smell it. But I will keep trying. 💪👍

The Indian Parliament cleared the Citizenship Amendment Act, which grants citizenship to illegal immigrants from six religious minorities – Hindus, Parsis, Jains, Christians, Buddhists and Sikhs while excluding Muslims, from Afghanistan, Bangladesh and Pakistan. It is for those who arrived in India prior to 2015.

Since the passage of the law, many protests have been witnessed in the country. Over the last few days, these have spread to various universities across India – from northeastern Guwahati to western Mumbai and northern Chandigarh to southern Chennai.