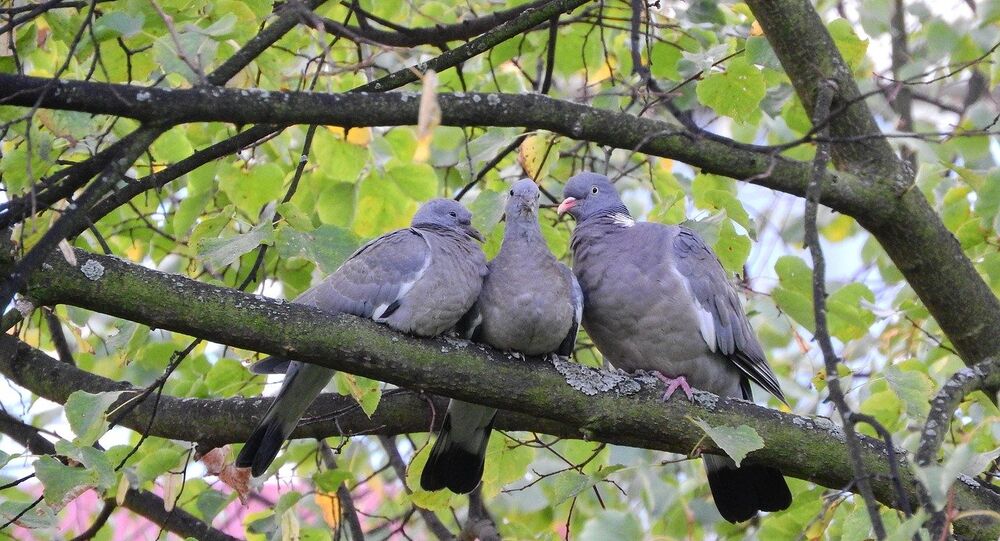 Zoo-defenders became concerned after a video of the birds and their tiny red hats glued to their heads was uploaded to Facebook.

A Vegas resident named Bobby Lee posted a video showing several pigeons in miniature red ats. The same video entitled “There are consequences to legalizing marijuana,” was shared on Twitter later. The pigeons were reportedly seen near Tropicana Avenue and Maryland Parkway in the city.

Someone is putting tiny cowboy hats on Vegas pigeons. There are consequences to legalizing marijuana. pic.twitter.com/CdK06gauYQ

While the video has generally been popular and became a viral meme, a nonprofit pigeon rescue called Lofty Hopes is concerned whether the hats had been glued to pigeons’ heads, and whether or not the birds could be in any danger because of it.

"We just know of the two pigeons that were seen in the video, two out of four," Mariah Hillman, the organization's co-founder told VICE. "But looking at that video, it has to be glue [keeping the hats on the birds' heads]. I don't see any string, so it has to be glue. That's just dumb."

Hillman said that she hoped the hats might've been attached with eyelash glue or some other kind of temporary adhesive, but the birds were spotted—with hats—on Monday afternoon, which makes her think that's not the case. "If the hats are still on, it's probably superglue," she said. "It's kind of crazy."

The hats could affect the pigeons' ability to fly, or their bright colors could attract predators, according to Hillman. She's also concerned that the birds could've been separated from their mates or their chicks by whoever put the hats on them.

"They would've had to have trapped the pigeons to have done it," she said. "Pigeons mate for life, so if one was removed, this could be breaking up families or leaving babies to starve. Also, there's no way of knowing whether they were released back in the same area where they were caught."

Lofty Hopes has previously saved racing pigeons whose post-race plans would've otherwise included death, as well as rescuing cage-raised doves that have been released during wedding ceremonies and aren't equipped to survive in the wild. For now, the organisation is hoping that they can find the birds and remove the hats.

Video: Illinois Lawmaker Gets Pooed On By Pigeon During Interview About Pigeon Poo Problem