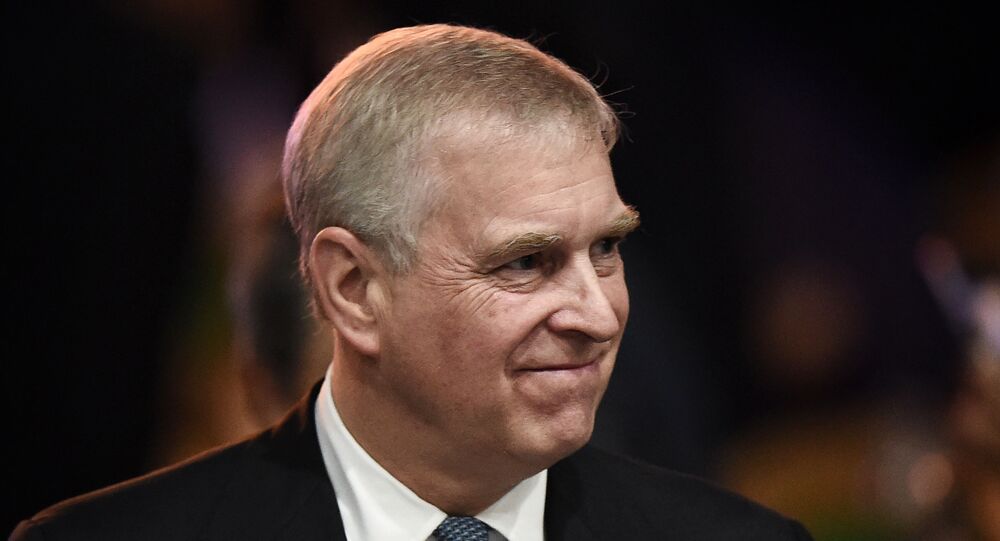 While some social media users discussed how the prince claimed he has “no recollection” of certain questionable events, others suggested that the Duke of York should probably be interviewed not by a media outlet, but by law enforcement instead.

Prince Andrew’s recent interview on his relationship with the late Jeffrey Epstein, a financier who was charged with sex trafficking for allegedly having procured underage girls for high society patrons, has apparently stirred quite a storm on social media as people took stock of his revelations on the issue.

Speaking with BBC’s Emily Maitlis, the Duke of York, who was photographed at Epstein’s Manhattan mansion in 2010 and accused of having sex with one of his alleged underage victims, claimed that he merely stayed at Epstein’s house because it was “convenient”, and that he maintained his friendship with Epstein even after the latter was convicted because, at that time, he “felt it was the honourable and right thing to do”.

The Duke of York confirmed, however, that he had flown Epstein’s jet and stayed both at his New York mansion and on his private island.

Commenting on the allegations of him having sex with Virginia Giuffre (formerly known as Virginia Roberts) who previously claimed that Epstein forced her to have sex with the royal when she was merely 17, Prince Andrew argued that he has "no recollection of ever meeting this lady".

Regarding the matter of the photograph depicting him with his arm draped around Roberts’ waist, the prince also insisted that he got "no recollection of that photograph ever being taken", arguing that, as a royal family member, he was "not one to, as it were, hug, and public displays of affection are not something that I do".

The prince also claimed that on 10 March 2001, the day Giuffre Roberts alleged they had sex after partying in a London nightclub, he was at a pizza outlet.

"I was with the children and I’d taken Beatrice to a Pizza Express in Woking for a party at I suppose four or five in the afternoon. And then because the duchess [Sarah Ferguson] was away, we have a simple rule in the family that when one is away the other is there", he claimed.

The Duke of York added that while Giuffre Roberts alleged that he was sweating heavily as they danceed at the nightclub, her account was erroneous as he had a medical condition at the time which meant he did not sweat.

Many social media users, however, did not seem inclined to believe the prince, with famous TV personality Piers Morgan describing the Duke of York’s  comments as “desperate, toe-curling bullsh*t”.

This is one of the most astonishing interviews I’ve ever watched. Brilliant forensic dissection by @maitlis - desperate, toe-curling bullsh*t from Prince Andrew. Why on earth did he do this? Insane. pic.twitter.com/cF0UBBAlvG

#prince andrew slimey, arrogant git. Of course he knew what Epstein was doing & I have no doubt the Windsor oink slept with young women. I don't believe they were forced however, I think like a lot of women they were paid for sex with famous, rich people for their own gain.

#Prince #Andrew talked about #Epstein to insist that he had 'no memory' of meeting the girl who says she was trafficked to have sex with him. Q: Do you believe that Andrew is a pillar of rectitude or suspect he is a predator and has contempt and disdain for working people?

Must of been taking lessons from this chap #PrinceAndrew pic.twitter.com/ZxpHnsSFPm

Some also focused their attention on the prince’s response about his alleged relationship Giuffre-Roberts.

Having "no recollection" cannot be proven. It does however cleverly divert attention away from the fact that #Prince Andrew clearly did meet the young woman in question. If you aren't able to deny the meeting - deny your "recollection". His lawyers briefed him well.

#Prince Andrew has had a lapse of memory has he? That protects him does it? Not in a normal court of law methinks.

What a royal Twit. Totally excruciating to watch. Absolutely no remorse for the victims at any point during the interview. Appalling. Using mental health in such a flippant manner! Sir, is 'No recollection' another way of saying 'No comment?' #Prince Andrew

A number of people went on to crack jokes about the prince’s “pizza alibi”.

Some comedy gold on the reviews section of pizza express #PrinceAndrew pic.twitter.com/o7KqDGQuwH

"I have no recollection of having sex on four separate occasions with an underage girl, although I do remember every single detail of a visit to Pizza Express in Woking in 2001"#PrinceAndrew

And others even suggested that the prince should’ve been interviewed by a different party.

#Prince Andrew should only be interviewed by the Police. The transatlantic nonce.