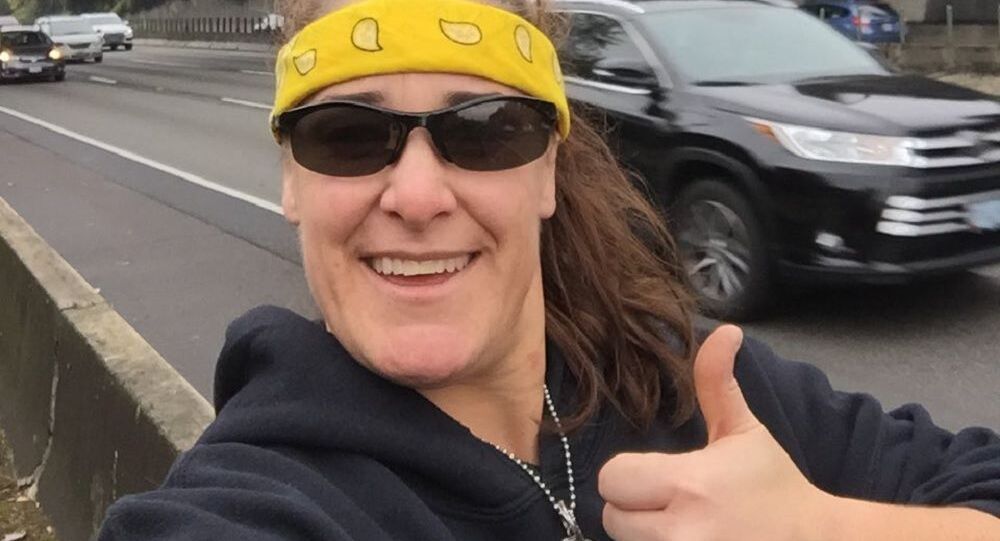 A police representative warned that there are conflicting versions of the event, and that all information is being related to the district attorney.

American professional mixed martial artist Tara LaRosa has ended up employing her formidable combat skills and an equally formidable restraint in order to subdue a belligerent female protester at a Veterans Day event in Portland, Oregon.

According to The Oregonian, the altercation took place on an overpass in northern Portland where a flag-waving group was accosted by an angry woman, described as an “anti-Trump protester” by some netizens, who got into an argument with one of the women attending the gathering.

The media outlet also described the gathering as “a group of right-wing demonstrators”, with MMA Weekly noting that some of them were wearing insignia representing a right-wing group known as the Proud Boys.

As the two women got into a scuffle, LaRosa apparently attempted to break it up, eventually ending up pinning the lady who confronted the demonstration.

At flag-waving rally in Portland, @TaraLaRosa says she had to take anti-Trump protester to the ground after the woman allegedly attacked another woman. The group detained the self-described professor until police came. LaRosa says the woman bit her chest, causing an open wound. pic.twitter.com/LrPJLsMIO6

​While LaRosa seemed to merely control the downed woman until the latter stopped fighting back, and then released her, some social media posts appear to suggest that the woman managed to bite LaRosa through her clothes.

.@TaraLaRosa says she was injured when the woman bit through her hoodie, shirt and bra. She has scrapes on her neck and knees as well. pic.twitter.com/k1nJCpDCdi

​Portland Police Sgt. Kevin Allen, however, said in an emailed statement cited by The Oregonian that “there are conflicting versions of the events”, and that the authorities are currently gathering all the information pertaining to this case “and referring it to the district attorney”.

As the story hit social media, many seemed to appreciate Tara’s conduct.

​Some netizens also took note of how the confrontational woman identified herself as “a professor” during the altercation.

Why does a supposed professor
need to be told what is
(in)appropriate behavior?

Why does she have the attitude problem
that because of her supposed "status"
laws don't apply to her?

Tara is a professor as well. A professor of pain.

​And others mocked the way the woman claimed how she can’t breathe while being pinned down, despite seemingly having no problem talking.

If she can talk then she can breath...wah wah!

"If you can talk you can breathe."