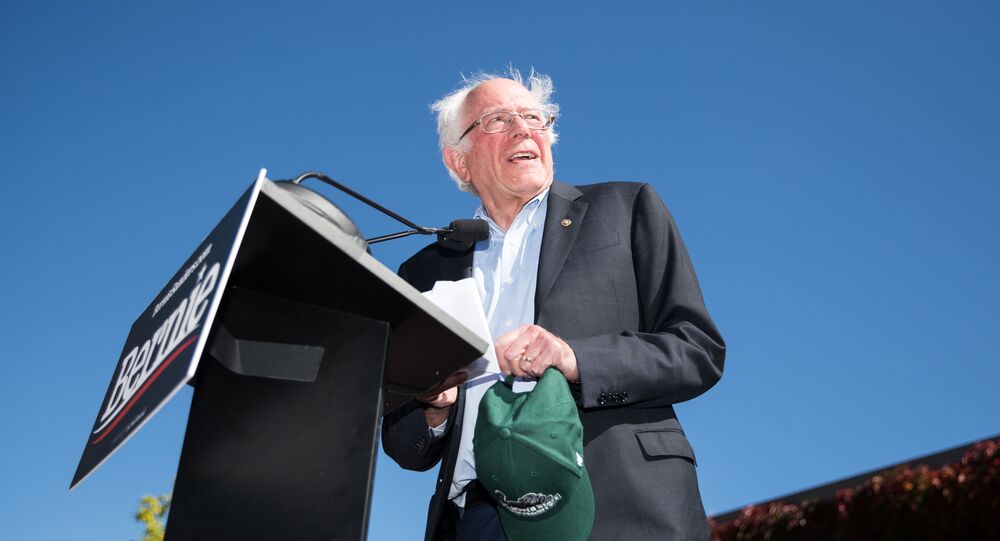 As Bernie Sanders delivered his unexpected response to the line dropped by Ariana Grande, many social media users rushed to discuss both the situation as a whole and the contents of the senator’s message.

American singer Ariana Grande managed to trigger an amusing reaction online when she tweeted "baby how u feelin”, a line from “Good as Hell” by Lizzo, and none other than US Democratic senator and presidential hopeful Bernie Sanders responded.

The senator decided to take the opportunity to raise awareness about his election platform as he wrote “Ready to fight for Medicare for All”.

Ready to fight for Medicare for All. https://t.co/tltURZpb6a

​The senator’s tweet attracted the attention of thousands of social media users, with people discussing both the contents of his message and the circumstances of its release.

Ariana asked her followers how are they feeling and Bernie as a follower of Ariana (and someone after a health scare) answered by saying "Ready to fight for M4A". pic.twitter.com/pPq7RpI8mb

I cannot tell if this is satirical or not

Hubby and I both fighting #Cancer since Jan 2019. I'm fighting w/Insurance co. 2 get tests I need 2 continue needed treatment & this is the ACA. #BernieSanders2020 is #TheOnlyOne fighting 4 #Medicare4All . #NoMiddleGround #HealthCare is a right. pic.twitter.com/yUWdxu8TFs

And it appears that Ariana herself also took note of Bernie’s tweet.

US Senator Bernie Sanders, 77, has served as the junior United States senator from Vermont since 2007. Having served as Vermont's at-large congressman from 1991 to 2007, he is the longest-serving Independent in US congressional history.

Despite his age, Sanders has kept up one of the most active schedules of any 2020 Democratic primary candidate, often holding four or even five rallies and town halls in a single day.