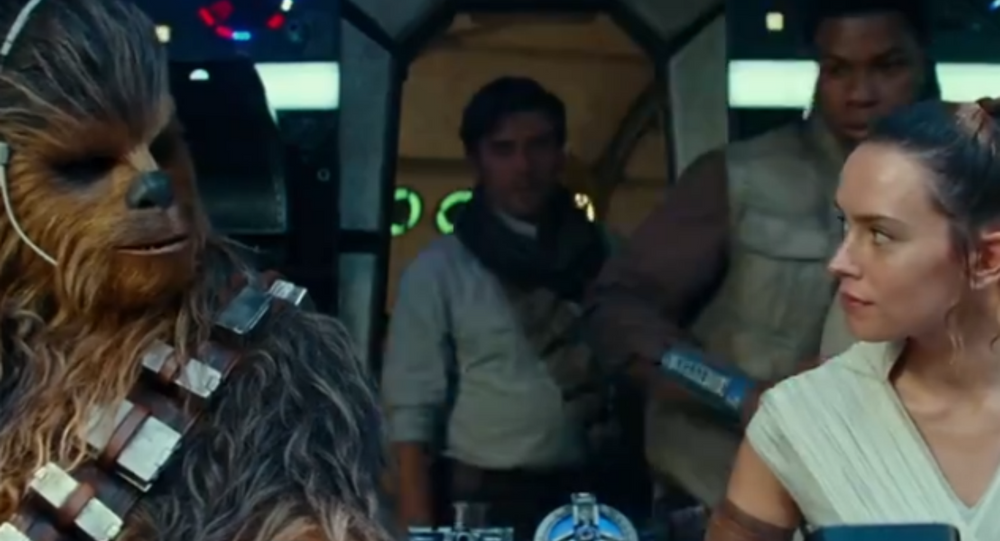 Monday night has been special for “Star Wars” fans, after the last trailer for “The Rise of Skywalker,” the final film of the sequel trilogy, aired during “Monday Night Football” on ESPN. The highly-anticipated trailer comes after several promo commercials have had fans brimming with pure excitement.

The trailer finally made its debut during the game between the New England Patriots and the New York Jets at 9.48 p.m. EST.

The saga will end, the story lives forever. Watch the final trailer for @StarWars: #TheRiseOfSkywalker in theaters December 20. Get your tickets now: https://t.co/MLbzRXrCJb pic.twitter.com/RLllQGme76

"It's the end of an era, and fans cannot wait to see the epic conclusion to the Skywalker saga that began more than four decades ago," said Erik Davis, managing editor of American ticketing company Fandango, in a statement obtained by CNET. "'The Rise of Skywalker' is truly among the biggest and most anticipated films ever, and we are beyond excited to see how this momentous chapter in 'Star Wars' storytelling nears its end."

In a recent statement, film director JJ Abrams also revealed that “endings are the thing that scare me the most.”

“This is about bringing this thing to a close in a way that is emotional and meaningful and also satisfying in terms of actually answering [as many] questions as possible. So if years from now, someone’s watching these movies, all nine of them, they’re watching a story that is as cohesive as possible,” he added, Comicbook.com reported.

The film is expected to premiere on 20 December and will feature stars like Daisy Ridley, Adam Driver, John Boyega, Oscar Isaac and Lupita Nyong'o.