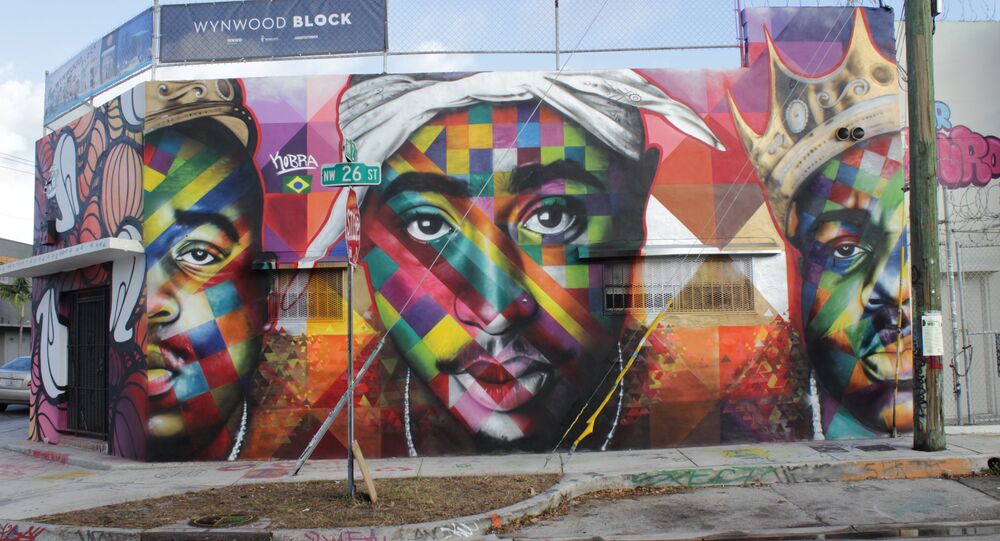 The arrest of a 40-year-old with several bags of methamphetamine and who then allegedly pulled a knife on the police has entered the spotlight as the suspect happens to share his full name, Tupac Amaru Shakur, with a late US rapper, whose death prompted several conspiracy theories.

A crime report from Johnson City in the US state of Tennessee has led some netizens to recall one of the bizarre theories that US rapper Tupac was not killed, but simply changed his identity. As Johnson City Press reports, a 40-year-old Elizabethton man called Tupac Amaru Shakur was arrested and charged with multiple felonies, including aggravated assault, resisting arrest, and simple possession of illicit drugs.

The police were alerted about the namesake of the prominent rapper on Saturday as he had warrants out for his arrest from the local sheriff, but saw him leaving in a car when they arrived. A while later, the car, with the suspect sitting in the passenger seat, was discovered.

However, when law enforcement tried to detain him, Tennessee’s Tupac Shakur pulled away and reportedly threatened officers with a knife. However, they managed to subdue him after a struggle. As the search showed, apart from the knife, he also had a syringe and several bags of methamphetamine.

He was reportedly placed in a county detention centre under an $18,000 bond and is to stand before court on Monday.
The fact that his name is identical to the US rapper, who had a criminal history and was killed in 1996 at the age of 25, has prompted a wave of ironic comments on Twitter.

He's so pale. He must be sick.

It's just a matter of time before they find Elvis as well.

The cops are still harassing my man. @edsbshttps://t.co/uElSmupTe9

Tupac Biopic, Jay Z's Album and the Liberation of Mosul