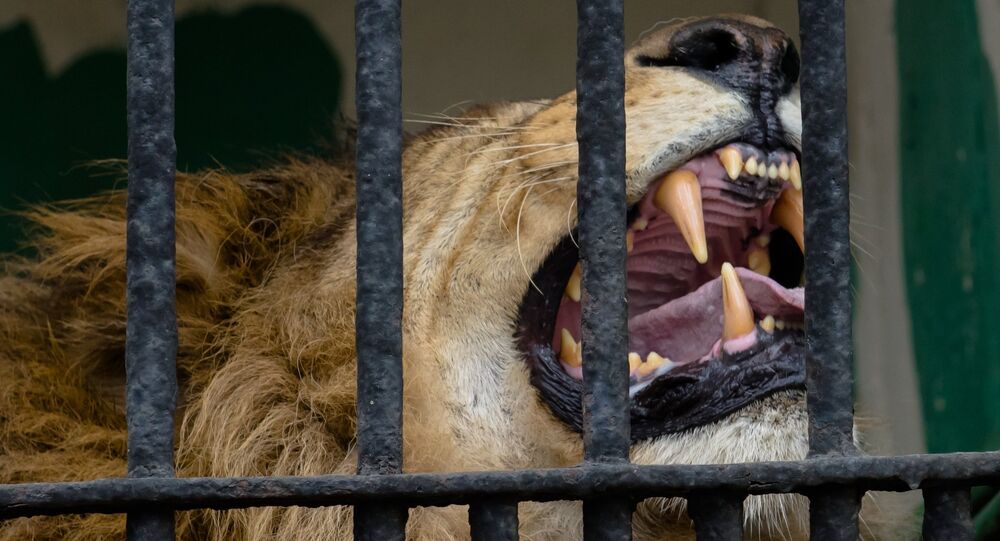 New Delhi (Sputnik): A mentally unstable man in India was found sitting in a lion’s enclosure in a zoo on Thursday. He reportedly scaled two barriers and spent almost an hour sitting face-to-face with the wild beast.

Television clips showed the man, identified as 28-year-old Rehan Khan, as sitting and then lying down while the lion stood calmly in front of him. The lion then apparently kept watching him like a pet cat watching her owner. The lion eventually tried to put its front legs on the man in a playful manner but seemingly had second thoughts at the last minute.

A man jumps into the lion's enclosure in Delhi's zoo, rescued. pic.twitter.com/VZWQntI80r

The voices of stunned and concerned onlookers could be heard warning the man to come out.

The man was finally rescued unscathed after zoo guards tranquilised the animal.

But the incident was enough to cause panic at Delhi Zoo, which is visited by tens of thousands of people every week and is a key tourist attraction for people from across the country.

A video of the incident quickly went viral on social media.

In 2014, a 22-year-old man was killed by a white tiger after he entered the big cat’s enclosure.

Scary And Stunning: Winners of 2019 Wildlife Photographer of the Year