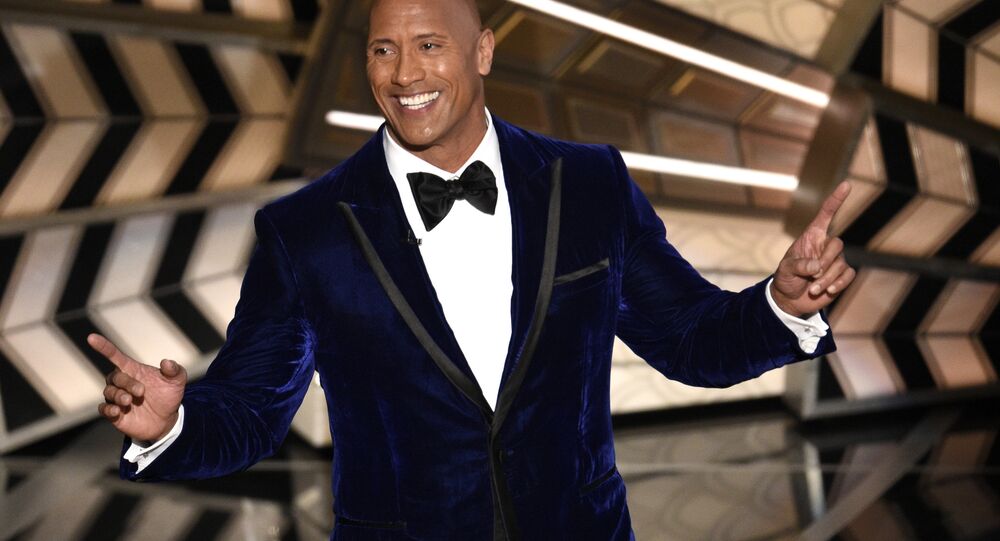 Hollywood actor and former professional wrestler Dwayne Johnson, better known as "The Rock", sent out a video message to congratulate his fan on her 100th birthday earlier this week.

Marie Grover received her 100th birthday gift with the help of the girlfriend of her granddaughter Jamie Klinger. Jamie Klinger knew that Grover became a fan of Johnson more than 20 years ago and decided to surprise her with a shout-out from the actor.

Klinger decided to contact Johnson through mutual friends. In late September, she told Twitter that the plan could work. In a tweet, she tagged the actor, and he suddenly replied.

Johnson agreed to record a congratulatory clip for Grover, who saw the video message on 1 October, and on 2 October, Klinger shared it with the rest of the world:

​Johnson re-posted the video and congratulated Grover once again on her anniversary, and admitted that "such cases are the best side of popularity".