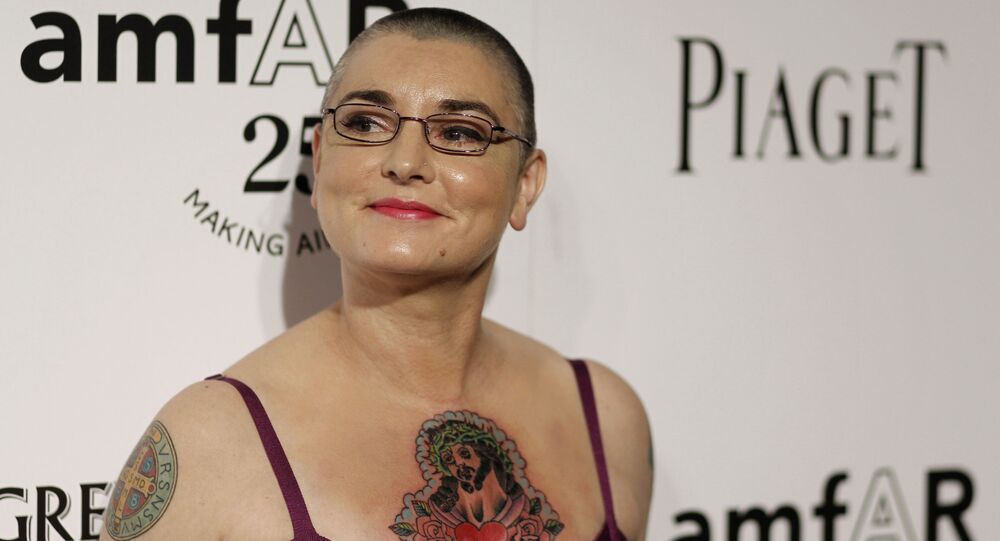 Sinead O’Connor Claims Prince Assaulted Her, Beat Up Other Women and Did ‘Dark Drugs’

O’Connor’s worldwide success was partly due to her arrangement of Prince’s song Nothing Compares 2 U, which eventually became one of her greatest hits.

Irish singer/songwriter Sinead O’Connor has accused the late musician Prince of trying to beat her up as well as attacking other women.

“Prince tried to beat me up,” O’Connor, 52, recalled on breakfast TV show Good Morning Britain on Monday. “It was a very frightening experience.”

She recounted that Prince summoned her to his house in Los Angeles one night and she “foolishly went alone”. “He was uncomfortable with the fact I wasn’t a protégé of his and that I’d just recorded the song.”

“He was wanting me to be a protégé of his and ordered that I don’t swear anymore in my interviews,” she continued. “I told him where he could go and he went for me. He went upstairs and got a pillow and he had something hard in the pillow. I ran out of his house, hiding behind a tree.”

At one point, she added, they were on a highway in Malibu at 5 a.m., and Prince was “trying to punch” her while she was spitting at him: “I had to go ring someone’s doorbell, which my father always told me to do if I was in a situation like that.”

Sinead O’Connor just revealed that Prince beat her up for refusing to become his protege and stop swearing. She went on to say that he also broke another woman’s ribs #gmb pic.twitter.com/tYuGuRIq7a

Prince, who died in 2016 from an accidental overdose of a powerful painkiller, wrote the hit song Nothing Compares 2 U. The song featured on The Family, a 1985 album of the eponymous band he assembled, but went largely unnoticed. A 1990 version by Sinead O’Connor became an international breakthrough hit and her highest-charting song.

She added that the Purple Rain singer was “into some pretty dark drugs at the time” and that one of the female members of his band was admitted to hospital “with broken ribs,” claiming there were other victims who should come forward about the alleged assaults. Prince's estate is yet to comment.

O’Connor, who converted to Islam last year, has already spoken out on what she then called a “punch-up” in a 2014 interview. Two years later, she accused comedian Arsenio Hall of supplying Prince with drugs, which the former denied.

The singer ignited a major controversy online in 2018, when she said she didn’t want to spend time with “white people.” She apologised for the comments a week ago and explained she made them when feeling “angry and unwell” as a result of “Islamophobia [being] dumped on me”.