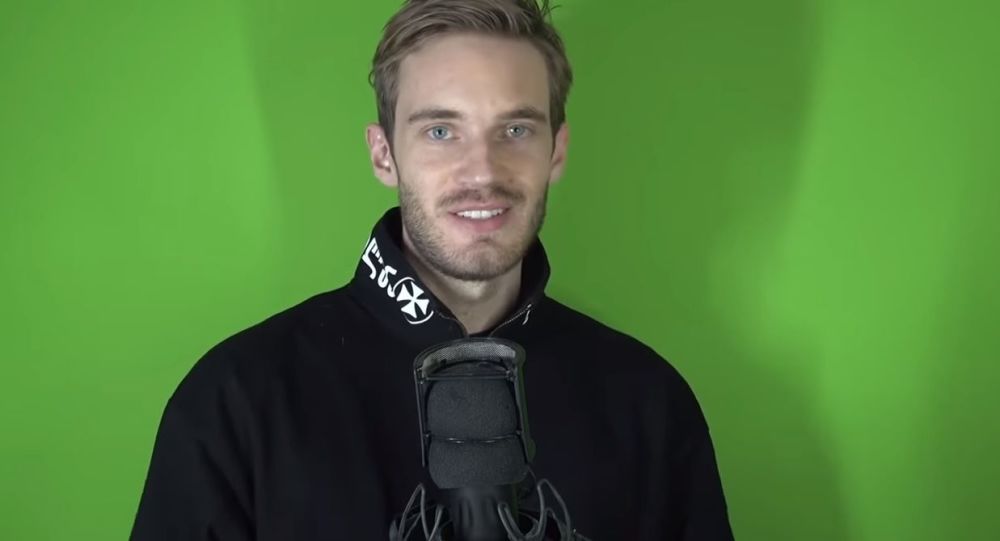 In a video posted on 12 September titled “My 100 Mil Award Broke”, PewDiePie gave reasons for his change of heart over the previously-made decision to donate money to the US Anti-Defamation League. However, it was the YouTube star’s choice of attire that found itself in the internet spotlight.

A recent PewDiePie video ignited the internet, with fans launching into a heated debate after confusion over what the YouTuber was wearing.

The shirt that Pewds had on is thought to be designed by Georgian Demna Gvasalia, with symbols decorating the collar actually representing a national Georgian symbol - the Bolnisi Cross.

Many viewers, however, were quick to mistake it for the Iron Cross, a German military medal which was turned into a Nazi symbol by having the swastika super-imposed on it.

The video featured Felix Kjellberg, commonly known as PewDiePie, admitting that his contribution to Jewish charity ADL (Anti-Defamation League) was a “mistake”.

Earlier in the week, YouTube star PewDiePie had promised a hefty donation to the US Anti-Defamation League, but unexpectedly backtracked just two days later.

However, it was the shirt that Pewds was wearing that set off a Twitter storm.

The ensuing debate split the fans, with many jumping to PewDiePie’s defence and pointing out the similarity of the two symbols:

PewDiePie is now a Nazi because he wears a shirt that has a symbol that looks like a Iron Cross, but it’s really a Bolnisi Cross. But details don’t matter when accusing someone of being a Nazi right? pic.twitter.com/IpHjqEE888

People on this website will jump on any opportunity to cancel someone, because it’s the only thing they’re even slightly good at

before yall jump to conclusions and call @pewdiepie nazi that's not an iron cross. the cross is taken from a 5th-century ornament at the Bolnisi Sioni church, which came to be used as a national symbol of Georgia. the shirt literally says: უფალო შეგვიწყალენ(Lord have mercy on us) pic.twitter.com/E5zgjqWyZn

My question is... how does the Iron Cross make you a Nazi? If I remember right, that was just what the German Army used in WW1 and WW2?

even the Iron Cross has nothing to do with Hitler or the Nazis ... it was the Swastika ...

the Iron Cross is an award from times where Germany was Prussia pic.twitter.com/mXbQ56emF6

​Others cast doubt on whether it was a wise choice for the 29-year-old to wear the shirt in a video about a charity that fights anti-Semitism, and cited other “sketchy moments”:

As an isolated incident it wouldn’t matter. But couple with other sketchy moments he’s had, it can easily be seen as dogwhistling either intentionally or unintentionally

I love pewds. But I am just saying that shirt could've waited another day for the people that don't know as much as we do about him

Well, he also uses the N-word and is more than right-wing friendly. He knows what he's doing.