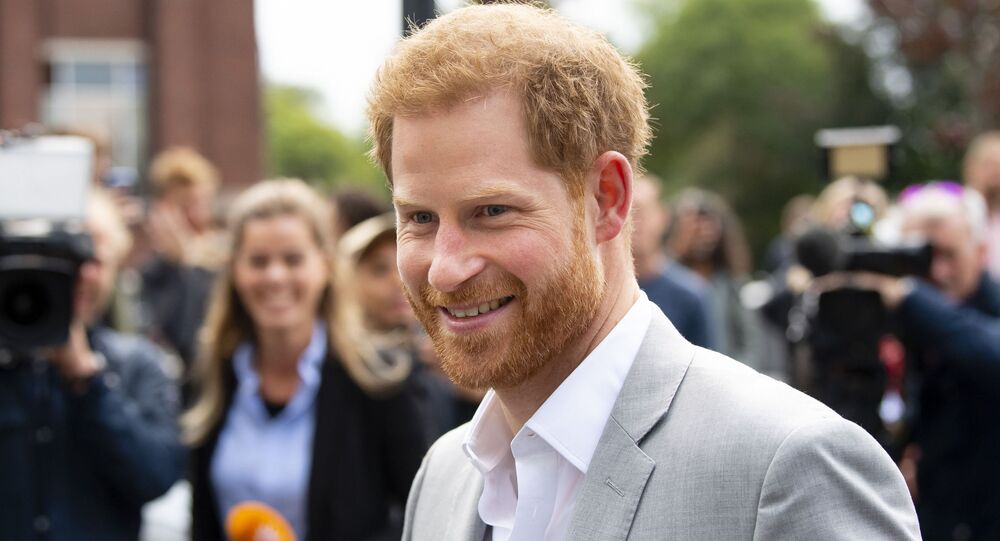 The story about Duke and Duchess of Sussex who have been widely criticised by the public for their overreliance on private jets despite talking about environmental issues has a new chapter.

Prince Harry argued that he "occasionally" took private jet flights to ensure the safety of his family, while speaking about the launch of his new environmental initiative 'Travalyst' in A'dam Tower in Amsterdam on Tuesday, 3 August.

"Occasionally, there needs to be an opportunity based on a unique circumstance to ensure that my family are safe. It's genuinely as simple as that," – said the Duke of Sussex, by adding that he "always" offset his CO2 emissions.

The comments came as the Duke of Sussex addressed last month's controversy when he and his wife Meghan Markle were criticised for taking four private jets instead of commercial flights in 11 days while travelling to Ibiza and to Sir Elton John's home in Nice. The singer later argued that he provided Duke and Duchess of Sussex and their 4-month-old son Archie with the private plane to maintain "a high level of much-needed protection", by also adding that he made a financial contribution to ensure that the couple's flight was carbon neutral.

Prince Harry used the opportunity to introduce his new 'Travalyst' initiative that was supposed to unite several global travel giants such as Booking.com, Skyscanner, TripAdvisor, VISA and others to make the global travel industry more sustainable and environmentally friendly. He argued that 'Travalyst' will serve for the protection of tourist destinations and local communities, but did not outline the specific steps the coalition would be about to take.

"We could all do better, and while no one is perfect, we all have a responsibility for our own individual impact. The question is what we do to balance it all out," said Prince Harry during the introduction of the project, "so today, after two years of behind-the-scenes conversations and planning, we're going to start with the tourism industry."

During Q&A session the Duke of Sussex also stated that he came to Amsterdam by commercial flight, as he spends "99 per cent of my life travelling the world by commercial", adding that he "balances out the impact" on the environment from carbon emissions and will continue to do so.
The public generally found such a strong emphasis on environmental sustainability, while maintaining overreliance on private jets slightly hypocritical, with British broadcaster Piers Morgan arguing that the Duke of Sussex cannot do "both" and journalist Sonia Poulton saying that Prince Harry is not the best candidate to lecture everyone about the environment.

Prince Harry preaching about the environment again. He can do this, or be a constant private-jet-setting celebrity. Not both. pic.twitter.com/lsTToXcfLf

I don't want to be told 'We can all do better' by a man who has been protected from realities like keeping a roof over his head & who works on a 'do as I say, not as I do' basis. Prince Harry is turning out to be even more of a nauseating virtue-signaller than his wife.

Prince Harry claims he flies by private jet because there “occasionally needs to be an opportunity based on a unique circumstance to ensure that my family are safe”, after recent furore about the Sussexes flying to Ibiza and Nice on holiday to stay with pop star Elton John https://t.co/2MEN8xV5nn

​Some users were also astonished by the fact that the grandson of Queen Elizabeth II used the safety of his family as an excuse to continue using private jets which generate a significant amount of carbon emissions which are released into the atmosphere.

Lame excuse. If it's dangerous, don't travel. If he really travelled so much on commercial flights it can't be that difficult to fly safe with the bunch of security available for him as a royal.

Never thought the day would come where I’d be calling #PrinceHarry a royal douchebag 🤦🏽‍♀️🤦🏽‍♀️
what an absolute hypocritical little shit he’s turned out to be.

“I use private jets to protect my family”

So we are all irresponsible parents because we can’t afford to fly private to ensure our family is safe. What BS! He and Meghan need to go away.

​One netizen compared Prince Harry’s determination to tackle environmental issues with appeals from a teen-activist Greta Thunberg, who recently spent two weeks in a solar-powered boat while travelling to New York from Europe, amusingly enough, in order to avoid flying by plane.

He's been brainwashed by Greta.

​The Duke and Duchess of Sussex, who got married in May 2019, were also recently mocked by British pro-Brexit politician Nigel Farage who argued that since meeting Meghan Markle Prince Harry has “fallen of a cliff” as the royal grandson declared his plan to have only two children in order to set an example amid global overpopulation.