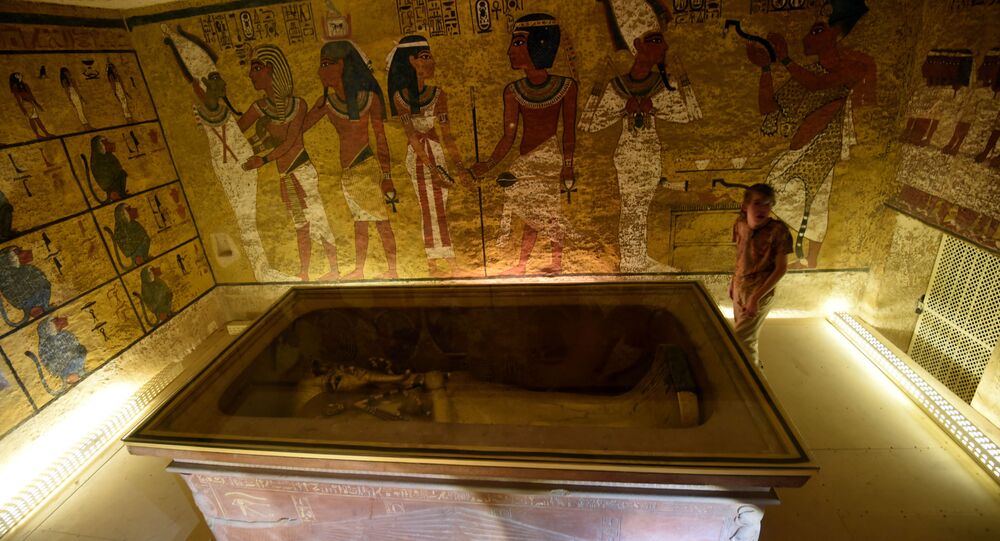 The conspiracy theorist argued that the discovery could help explain why the ancient pyramids of Egypt were “built way out in the middle of nowhere.”

Prolific UFO hunter and conspiracy theorist Scott C. Waring has delivered yet another surprising reveal related to the mysteries of Mars, after he spotted an object which, according to him, resembles a “carved Egyptian sarcophagus”, while examining a NASA photo of the planet’s surface.

Insisting that the photo, in fact, depicts several objects which look like ancient Egyptian carvings, Waring wondered aloud whether this discovery might hint at the extraterrestrial origins of one of the Earth’s oldest civilisations.

"This really has me asking...are ancient Egyptians from Mars? Did they then move to Egypt, because Egypt is very similar in appearance and weather to Mars. No other place on Earth looks as much like Mars," he wrote in his blog ET Data Base. “So if this is true, it totally explains why such amazing pyramids are built way out in the middle of nowhere. It’s because it was the closest to home that they could come."

Previously, Waring also claimed that a photo of the Martian surface examined by him depicts the statues of a woman, a man and a child, even describing the female sculpture as "the Mona Lisa of Mars".

The conspiracy theorist has previously made a number of claims related to various peculiar objects he allegedly found in NASA photos, such as alien tech on the asteroid Bennu or an alien base on the surface of the Moon, but the US space agency attributed at least one of his discoveries to the effect of pareidolia – a psychological phenomenon where people see recognisable shapes in clouds, rock formations, or otherwise unrelated objects or data.