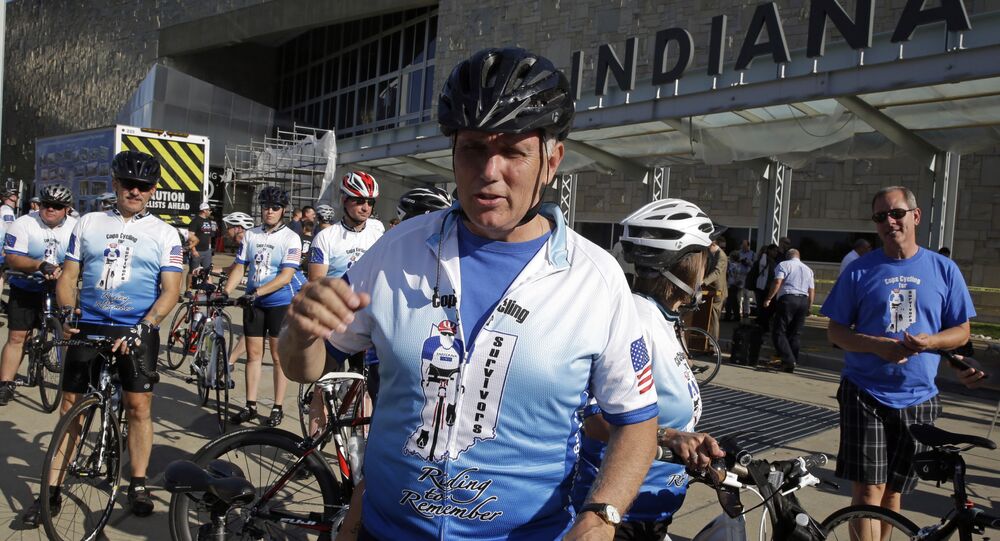 Although cyclist Lance Armstrong was stripped of his titles after admitting he had been doping and ended his athletic career, he has not given up on riding bicycles. However, a recent “victory” of his does not seem to have impressed online commenters much.

One-time bicycling star and athletic icon Lance Armstrong, who had to part with his Tour de France titles following a major sports doping scandal, has taken to Twitter to reveal that he had outraced US Vice President Mike Pence on a Nantucket bike path in Massachusetts.

“I can’t drop many people on a bike these days but I just blew the f**kin’ doors off Mike Pence on a Nantucket bike path. Day. Made”, he posted, prompting shockwaves on Twitter.

I can’t drop many people on a bike these days but I just blew the fuckin’ doors off Mike Pence on a Nantucket bike path. Day. Made.

​The news of his athletic prowess has apparently left fellow netizens less than enthusiastic, as they pointed out that beating a 60-year-old politician is not much to be proud of for a former professional athlete.

Many reminded Armstrong about the disgraceful ending of his sports career and taking performance-enhancing drugs.

Remember when you lost all your titles because you’re a cheater? Pepperidge Farm remembers.

You literally cheated to get famous and now you’re bragging about going faster on a bike than a guy who’s never raced in his life. Nice, dude.

Does he know Mike Pence isn't a professional cyclist?

​Even Donald Trump’s son butted in, trashing Armstrong, who has publicly voiced support for the Democrats and presidential nominee hopeful Beto O'Rourke, for bragging while mocking him over his cheating scandal.

Wow dude you’re a real bad ass... did you need to use steroids this time too or was that just to cheat others out of wins throughout your career? #dope https://t.co/M2H9GU6SWe

​Trying to get out of the Twitter storm, he later accused commenters of lacking a sense of humour.

“Some people can’t take a joke or even having a little fun on twitter. Lightin’ the f**k up people. But seriously, I did blow his doors off!!” he tweeted.

Some people can’t take a joke or even having a little fun on twitter. Lightin’ the fuck up people. But seriously, I did blow his doors off!! 😂😂

​Mike Pence visited Nantucket Massachusetts for a fundraiser for Donald Trump's 2020 presidential campaign, as The Washington Examiner reported. On his Twitter account, he thanked Massachusetts’ governor for welcoming him. However, there was no information about his exercising or leisure activities.

Thank you @CharlieBakerMA for welcoming us to Nantucket today, @SecondLady and I are excited to visit your great state! I look forward to continuing to work together for all of the hard working Americans in MA and around the country! pic.twitter.com/q0Tf9eHuRH