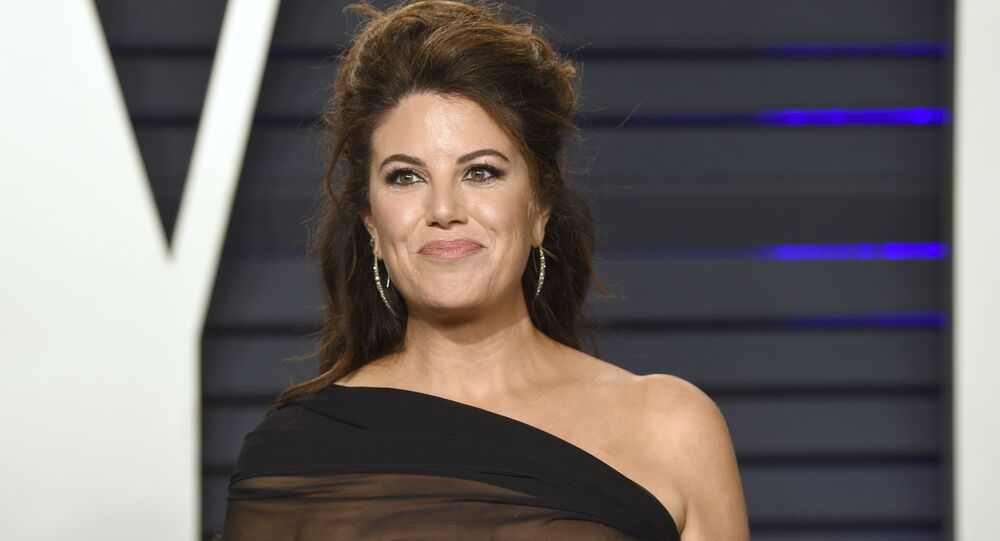 The show’s new season is expected to “explore the overlooked dimensions of the women who found themselves caught up in the scandal and political war that cast a long shadow over the Clinton presidency," says FX’s CEO.

The upcoming third season of FX’s “American Crime Story” series is to be produced by none other than Monica Lewinsky, and will delve into her 1990s affair with then-President Bill Clinton.

According to the Hollywood Reporter, the season is titled “Impeachment” and is scheduled to premiere on 27 September, 2020, mere weeks before the upcoming US presidential election.

"This franchise re-examines some of the most complicated, polarising stories in recent history in a way that is relevant, nuanced and entertaining", FX CEO John Landgraf said. "Impeachment: American Crime Story will explore the overlooked dimensions of the women who found themselves caught up in the scandal and political war that cast a long shadow over the Clinton presidency," he added.

But some social media users were not particularly thrilled by the show's apparent agenda.

I'm sick of her playing it and I'm sick of feminist, treating her like one. You take away the fame and she's just a woman, who had an affair with her married boss. Guess what? That happens every damn day! *I'm sure we all know someone who has done it . . .👀

This from the same woman who whined because she never could have a life after her relationship with Clinton. Seems she likes the pain, notoriety and 💰 keeping the incident her life brings.#TuesdayThoughts

honestly "I was left with a bad taste in my mouth, so for 25 years I've blamed everyone but myself, now is my chance to stretch my 45 minutes of fame, for blowing a married man"

Some remarked that they would prefer a show focusing on Bill Clinton and Jeffrey Epstein.

We want a story on these fellas... pic.twitter.com/wJQAfvdGea

She is only the tip of the iceberg, ask Clinton why he traveled on Epstein's airplane to his private island- oh Clinton didn't know Epstein was trafficking children? really?

And others jokingly wondered how people related to the scandal might react.

Hillary... upon hearing the news. pic.twitter.com/KgeCdhf6Q0

Bill Clinton when he watches season 3 of American Crime Story about him and Monica Lewinsky pic.twitter.com/ogBxeWBcGE

The Clinton-Lewinsky scandal erupted in 1998, when reports surfaced suggesting that Clinton enjoyed an intimate extramarital relationship with the attractive White House intern.