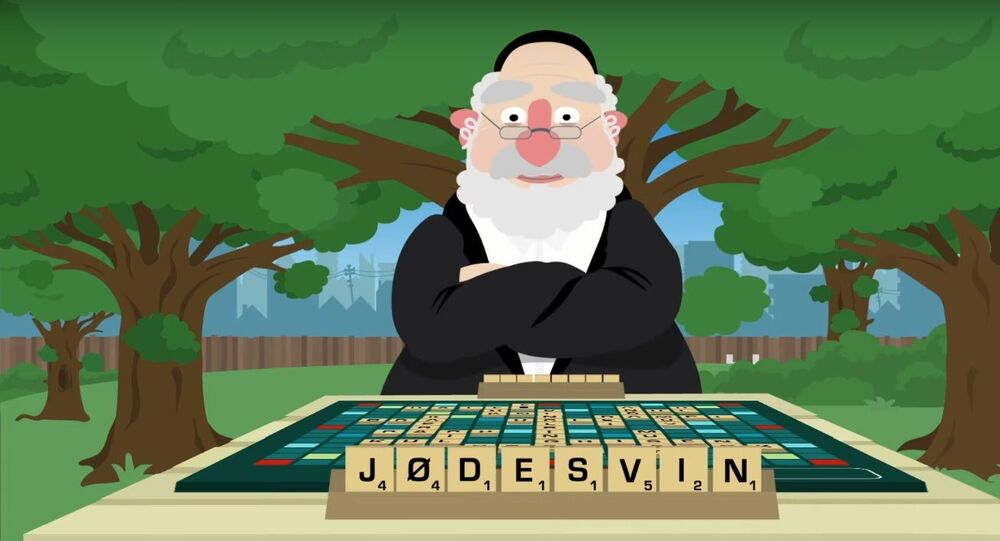 The animated video, labelled humorous, features an Orthodox Jew playing Scrabble with another man. The Jew taunts the man for refraining from using a gross ethnic slur. Many Norwegians found the very stereotypical image of a Jew in a yarmulke and side-locks to be anti-Semitic.

A satirical video by Norwegian broadcaster NRK has triggered hundreds of complaints and accusations of anti-Semitism.

According to the broadcaster itself, it has received at least 327 complaints over its sketch, where an Orthodox Jew in a yarmulke and side-locks plays a game of Scrabble with another man. His opponent has the opportunity to put down the “Jewish Pig” (which is an actual Norwegian word, “jødesvin”), but refrains from doing so. By contrast, the Jew keeps taunting him for being slow and unable to win. He crowns his tirade by saying, “Well, we're just on different levels, mentally”.

Norske Grønnsaker (“Norwegian vegetables”), the production company behind the video, published it on Facebook along with the text “Tag a Jew”. The caption was later removed.

The video has caused a stir among the Norwegian public.

“I'm subscribed to Charlie Hebdo, their satire is sharp, 'politically incorrect', and could hardly survive in Norway. But 'Tag a Jew' (or 'Jewish pig') is neither funny nor satirical. It has no context, and is flat, dumb and immature”, a user tweeted.

​“Can the state channel use the summer season for something different than baiting minorities?” another one wondered.

​Author and director Monica Csango penned an opinion piece in Aftenposten, where she called the sketch “pure anti-Semitism” over its caricature impersonation of Jews.

According to her, it is not up to NRK to define what is and isn't anti-Semitic. She suggested that slurs such as “Jewish pig” had been used since the Middle Ages only to be picked up by the Nazis.

“This criticism came as a little of a surprise to us. The intention with the sketch was by far the opposite of what we're criticised for”, programme editor Charlo Halvorsen told NRK. According to him, the point they tried to prove is that using words such as “Jewish Pig” is unacceptable. “The point is that he is faced with the choice of using a grossly derogatory word, or losing. And he doesn't put that word down”, Halvorsen stressed.

At the same time, he admitted that reactions were to be expected.

“When you create humour about minorities, you can always expect some reaction”, Halvorsen said.

This is not the first time a NRK joke has struck a wrong chord with the Jewish minority. In 2016, NRK's satirical channel apologised for making a Holocaust joke that didn't go well with the viewers either. In the now-deleted video, college students touring a concentration camp asked if the ovens were for making pizza. In its defence, NRK said that the clip was about students' economy and being chronically pressed for money.