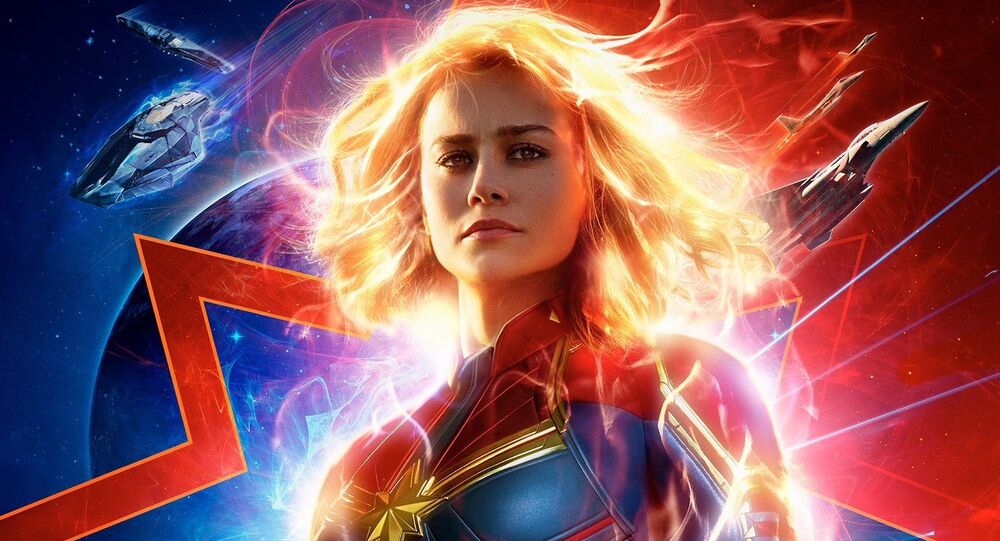 Now that Avengers: Endgame and Spider-Man: Far From Home finished the Marvel Cinematic Universe phase 3, the renowned comic book maker’s movie division switches to new projects, some of which are said to be completely new.

On Saturday, Marvel Studios – owned by Disney – announced before a crowd of fans in Hall H at San Diego Comic-Con its schedule for upcoming movies, CNBC reported Saturday.

Coming 1 May 2020, Black Widow will once again feature Scarlett Johansson as Natasha Romanova, a Soviet Spy who defected to the United States and joined the SHIELD team.

​“I get to play Natasha as a fully-realized woman...I’m excited for fans to see the flawed side of her, and I’m looking to wipe out some of that red in my ledger,” Johansson said about the upcoming movie, which is said to also feature Florence Pugh as Yelena Belova, another woman to carry the Black Widow alias.

Eternals would be an “entirely new and entirely different” installment in the Avengers series, Marvel head Kevin Feige said at the convention. It will feature a group of immortals who existed on Earth for thousands of years.

​“Through their journey, we really get to explore what it means to be human,” said Chloe Zhao, a director of a movie that will star Angelina Jolie and is slated for release on 6 November 2020.

The Falcon and The Winter Soldier

Now that Captain America is out of the game, Sam Wilson, the owner of a pair of cyber wings, and Bucky Barnes, or the Winter Soldier, the owner of a cybernetic arm, will take the mantle.

So far, we only know that the show is going to be a “spy thriller” and will be released fall 2020 on the upcoming Disney+ video on-demand service.

Thanks to an amazing portrayal by Tom Hiddleston, Loki is arguably one of the fans’ favourite MCU characters, and he will get his own show that will be aired spring 2021 on Disney+.

tom's face when the crowd chanted "loki" is my favourite thing from tonight pic.twitter.com/nkGQ9VLrGl

​“He’s still that guy [from ”The Avengers ”],” the actor said about the character. “Just about the last thing that happened to him was he got Hulk-smashed. There’s a lot of psychological evolution that is yet to happen...I cannot wait to get started.”

Doctor Strange in the Multiverse of Madness

The sequel to Doctor Strange is described as the first “scary” film in the Marvel Cinematic Universe and will attempt to combine the humour of the first with a “twist of horror,” according to Benedict Cumberbatch, who will once again play the time-bending sorcerer.

Strange & Wanda teaming up in 'Doctor Strange and the Multiverse of Madness' will be incredible!

​“I’m really excited to be at the dawn of this project and I think it’s vital to maintain the humor from the first film, with this twist of horror that I think will really have people gripped,” Cumberbatch said. “We’re going back to trying to destroy him a little bit.”

The upcoming Thor movie, scheduled for release on 5 November 2021, is said to be based on a more recent incarnation of “The Mighty Thor” series, which introduced the female version of the Nordic god turned superhero, CNBC report says.

​Natalie Portman, who played Jane Foster in the movies, entered the stage with a hammer in her hand, which may or may not mean something – we’ll have to see.

Other upcoming movies will focus on Hawkeye, the “badass normal” character in the Avengers gang, known for his ability of shooting his bow with deadly precision; Wanda Maximova aka Scarlet Witch; and Shang Chi, a martial arts master who can create duplicates of himself.

LOKI SERIES BEFORE THOR MEANS LOKI WILL FIND A WAY TO BE IN IT BOOKMARK THIS TWEET RIGHT NOW pic.twitter.com/D6KGcN4vd5

​After 2022, Marvel plans to release Black Panther 2, a sequel to what was the MCU’s biggest box office before Endgame; Guardians of the Galaxy 3, which will see the return of the original director James Gunn, who briefly parted ways with Disney over some old tweets; and a sequel to Captain Marvel.

Strange & Wanda teaming up in 'Doctor Strange and the Multiverse of Madness' will be incredible!

​“I didn’t even have time to talk about the Fantastic Four,” Feige said. “And there’s no time left to talk about mutants and how mutants come into the MCU.”

One project stands out, as it has only been teased as a name on the black cap of actor Mahershala Ali - Blade. Nothing is yet known about the movie, but Ali is rumored to play the role of the sword-wielding long-coat-wearing vampire hunter once made popular by Wesley Snipes.

Angelina Jolie in Talks to Star in Marvel Studios’ ‘The Eternals’