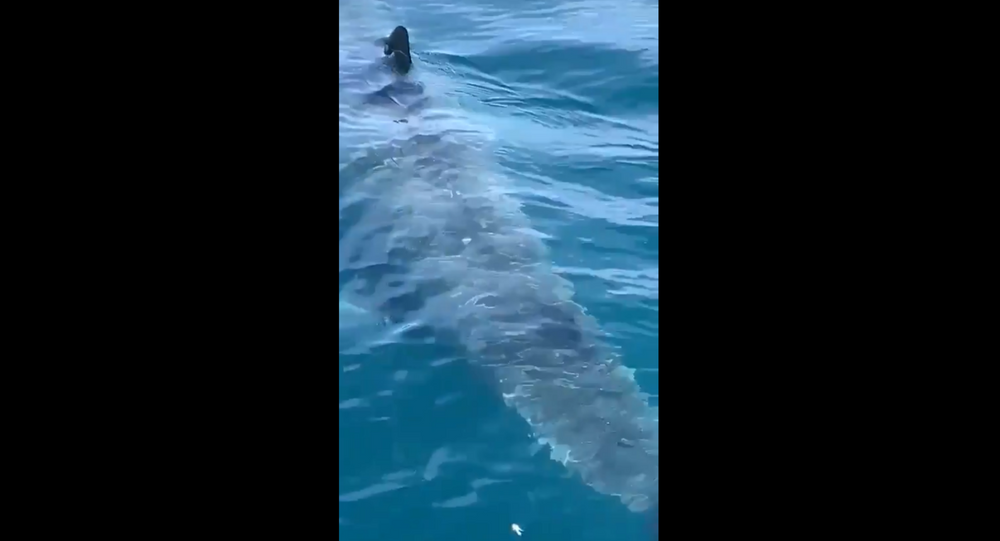 Twitter user Gregory Long gave netizens a shock on Wednesday after posting a 28-second video showing a close encounter with a lurking shark that he estimated to be more than 25 feet long and about 5,000 pounds.

Video shows the big fish cooly gliding through the water near Martha’s Vineyard in Massachusetts.

​Taken aback by the viral spread of his content on the internet, Long fired off a tweet hours after his initial post, saying, “Wow, this kind of blew up.”

“I’d just like to say that sharks are amazing and fascinating creatures,” he added. “But most importantly, sharks are completely necessary for our oceans to survive, and sharks need our protection.”

While it’s unclear just how long the shark is or how much it weighs in at (how rude), some quick-eyed netizens did suggest that it was likely a basking shark, the second-largest shark after the whale shark. Basking sharks, on average, have a mass of 11,000 pounds.