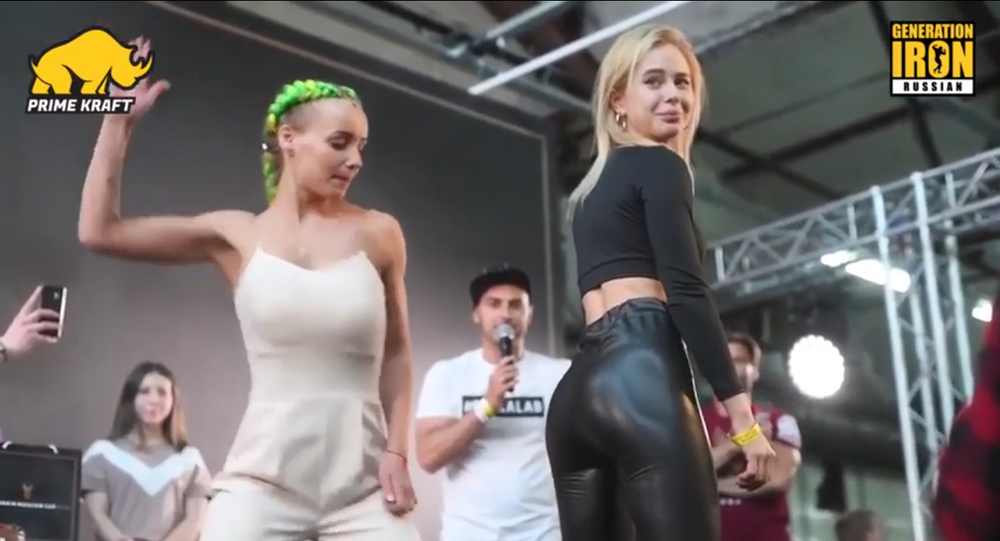 A few months ago a bizarre male face-slapping contest held in Russia's Siberia made a huge splash on the internet - and evidently inspired a similar, yet upgraded event for the ladies.

A brand new female tournament in Russia, dubbed "The Booty Slapping Championships", has dealt a low blow to social media users, who were left glued to their screens after a fresh video of perhaps the weirdest, yet most captivating, contest emerged online.

Basically, the bum-themed event, which was held for the very first time at the annual Yashankin Cup bodybuilding competition in Moscow, involves stunning fitness junkies spanking each other and trying to knock the oponent off balance.

The tournament is believed to have been inspired by the "Male Slap Contest", which pits men against each other in a slap-for-slap match until one of them submits in the Siberian city of Krasnoyarsk in March.

And here is 370lbs Vasiliy brutally slapping out another contender on his way to the title at the Siberian Power Show 2019! 👏 🇷🇺pic.twitter.com/iem5xvwVq5

But unlike the brutal male version, the female "sport" seeks to avoid causing any serious injury to one's opponent.

The cheeky competition has set off a hurricane of reactions on social media, spawning a bunch of jokes...

I want to defend my belt.

I approve this game pic.twitter.com/3hQ81R3rvo

​...and most certainly loads of gentlemanly compliments:

Wow. Most of those chicks had grade A heinies

Kudos to the female gender for taking a man’s idea and making it infinitely better. https://t.co/kHE1KjiTiL