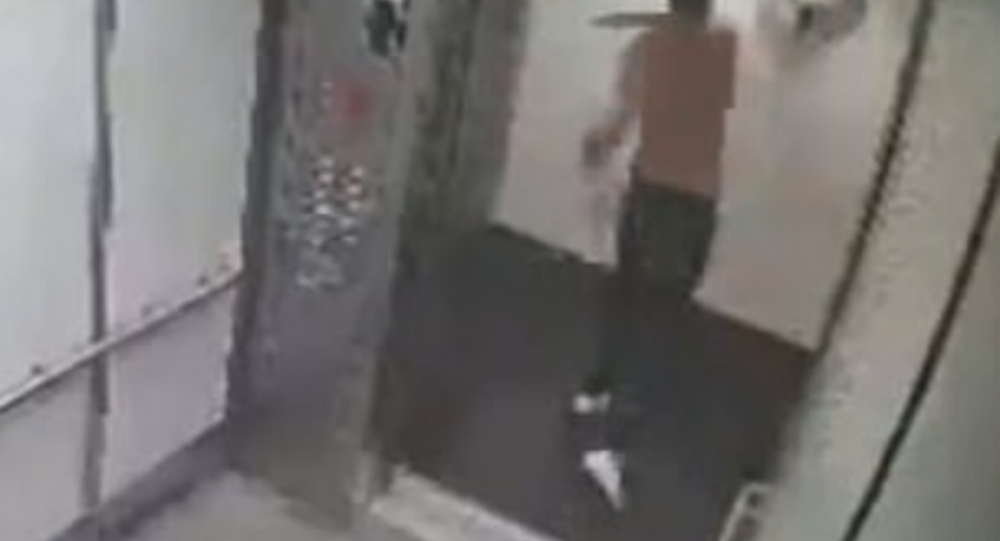 A Tennessee man was charged with aggravated animal cruelty Tuesday after throwing his French bulldog headfirst into a wall before smacking and violently kicking the animal repeatedly in the face.

According to reports, Brandon Tynes, 33, was arrested after an employee at his apartment complex in east Nashville sent video footage of the man abusing one of his two bulldogs to the city’s Metro Animal Care and Control service. The service did not immediately respond to Sputnik’s request for comment.

The disturbing footage shows Tynes hurling the eight-month-old bulldog at the wall outside the elevator.

"The video shows the dog striking the wall violently headfirst, and then falling to the ground below," the arrest affidavit states, according to multiple reports.

Inside the elevator, Tynes is seen “smacking” and kicking the animal “repeatedly and violently in the face,” according to the affidavit.

“That’s pretty heinous,” Tynes’ neighbor told WZTV after viewing the footage. “You know, if you’re that type of guy, why even have a dog?”

Tynes was booked into jail on Tuesday and was released Wednesday morning.

Tynes’ two French bulldogs will remain at the Metro Animal Care and Control center until the legal proceedings are complete. The abused bulldog is in good condition.

Tynes worked at Green Pea Salon in Nashville. In a Facebook post, the salon called Tynes’ actions reprehensible, adding that they have terminated his employment.