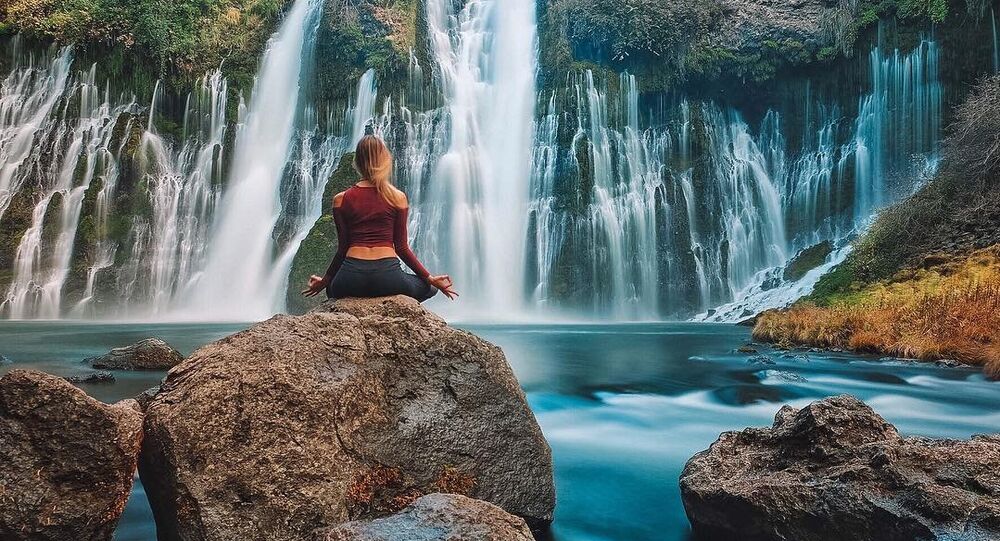 A young California woman has recently finalized her mission by making it to country number 196 - North Korea. If the Guinness World Record approves her evidence, she will dethrone UK man who prviously set the record in 2013.

OFFICIALLY TRAVELED TO EVERY COUNTRY IN THE WORLD🌍🤯 ⠀⠀⠀⠀⠀⠀⠀⠀⠀ it’s crazy to have years of hard work culminate into one single moment. I’m so grateful to everyone that’s helped me get here. The greatest chapter of my life is coming to a close. Cheers to a new beginning 🎉⠀⠀⠀⠀⠀⠀⠀⠀⠀ ⠀⠀⠀⠀⠀⠀⠀⠀⠀ Photos by @thomasbrag

Currently, there are 206 nations that claim sovereignty, 193 are United Nations member states, with the US State Department recognizing 195 nations as sovereign states.

On 31 May, Alford entered North Korean territory, which finalized her years-long way to accomplishing a dream she had since childhood.

The Korean Peninsula: “one history, one culture, one language, one blood” Historically unified, currently politically divided, but a people that belong as one. Here’s to future peace & reconciliation ✌🏼 ⠀⠀⠀⠀⠀⠀⠀⠀⠀ ⠀⠀⠀⠀⠀⠀⠀⠀⠀ ⠀⠀⠀⠀ Thank you to Jai, our insightful & impressively fit 75 year old guide, for sharing his perspective on North & South Korea.

As she entered the hermit nation, she immediately felt "relief," Fox News quotes her as saying.

"I've been working through extreme anxiety for the past six-plus months overcoming the obstacles that go along with getting into some of the least accessible places in the world. It wasn't until that moment in that obscure conference room, of all places, which it really sunk in how far I've come," Alford said.

"Not many times in life does everything that you've worked towards for years culminate into a single moment," she added.

Yemen was a turning point for me in terms of traveling to the least visited countries in the world. If I’m being honest I was in over my head when I made this trip. Our world is a scary place. Yemen is going into the 4th year of violent war and the situation there is considered to be one of the worst humanitarian crises in modern history. When I hear about the horrific experiences the Yemeni people have lived through my heart aches. It makes me question so much about our existence and how we can individually create a bigger impact and ignite change. I’m often left feeling helpless because I don’t know the solutions to these complex problems. Thank you #Country127 for showing me that despite the hardships these people face, genuine kindness and generosity prevails. I’m humbled.

Her travelling aspiration stems from being born in a family of travel agents who granted their child with a unique opportunity to visit some exotic places, such as Cambodia, Dubai and Egypt.

By her 18th birthday, she had already visited 72 nations. It was then that Alford realized that she could break the world record, and she put all her efforts into achieving that new goal.

A glimpse into the colourful tradition and culture of Pakistan✨ ⠀⠀⠀⠀⠀⠀⠀⠀⠀ ⠀⠀⠀⠀⠀⠀⠀⠀⠀ One of the first things I noticed when I arrived in Islamabad was how gorgeous and stylish the women are. I really wanted wear some of their beautiful clothes while traveling here which is why I was so excited to go shopping with @anushaesays. She helped me find this shalwar kameez which is the tradition trousers and long shirt that are commonly worn in South Asia. We later found this amazing headdress in a little shop in Karimabad when the whole @cpicglobal gang played dress up for an hour😂 ⠀⠀⠀⠀⠀⠀⠀⠀⠀ Side note to all the Pakistani ladies: Is this called a tribal kuchi headpiece? I forgot to ask the shopkeeper & I would love to know more about it!😇 ⠀⠀⠀⠀⠀⠀⠀⠀⠀ Photos by @fearlessandfar

Speaking about her personal fight to break the world record, Alford said the worst obstacle was bureaucracy.

"Obtaining all the visas required for American citizens was one of the most difficult aspects of breaking this record. I spent years applying and reapplying for visas in both the US and abroad," she added, having been forced to apply for the proper paperwork in London, Senegal, the Ivory Coast, and the United Arab Emirates, among others.

According to the traveller, her mission was completely self-funded; she made several deals with brands throughout her journey which allowed her to make ends meet. As she visited nations around the world, she filmed a travel show, which is scheduled to hit the airwaves in November.

World’s largest indoor Ferris wheel or intergalactic teleportation station?🧐 ⠀⠀⠀⠀⠀⠀⠀⠀⠀ Ashgabat is possibly the strangest city in the world. It’s full of sterile white marble buildings and bizarre gold monuments like this one. And there’s literally no one around to see it. I was left thinking “This is sooo not what I expected this place to look like.” Stay tuned for a blog about this particularly odd & beautiful country✌🏼 Photo by @fearlessandfar

Speaking about her favourite destinations, Alford said she loves places that are the least popular among tourists, places which she describes as "misunderstood" by many — like Venezuela and Pakistan.

"I loved visiting Northern Pakistan, the natural beauty of the mountains and kindness of the locals was astonishing but again there's barely any tourism in the country because of negative stereotypes about the country in the media," she said in an interview.

Now, Alford has submitted some 10,000 pieces of evidence to Guinness World Records to challenge the current record. The process of verification is expected to be lengthy, but, if approved, she will break the record of James Asquith of the UK who became the youngest person to visit all countries in 2013 at the age of 24.