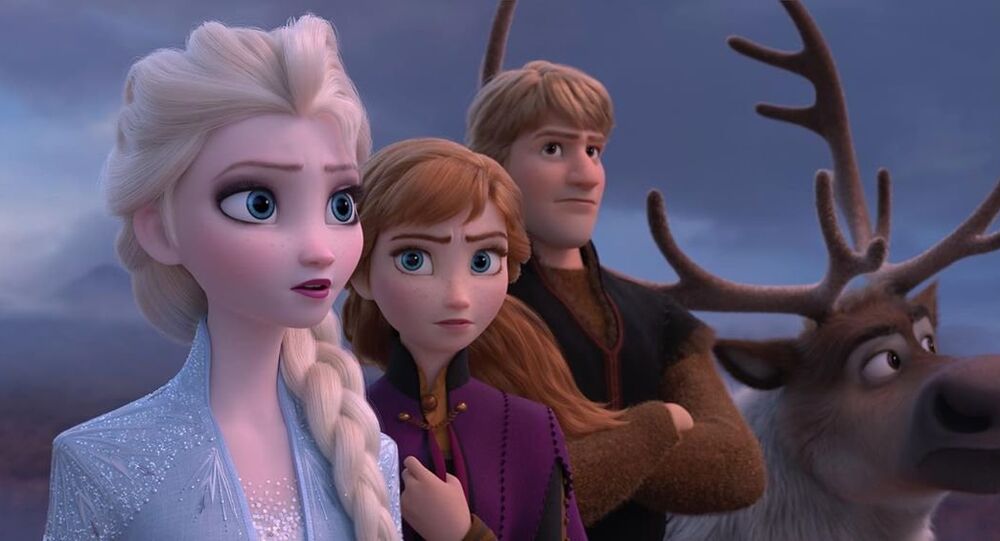 Brazil’s Human Rights Minister Damares Alves has come up with a controversial theory about princesses Elsa and Sleeping Beauty’s relationship in the Disney production “Frozen” in a video that was recorded last year, but went viral on social media on Saturday, mostly at the hands of US journalist and Guardian contributor Glenn Greenwald.

“You know why she only ends up alone in an ice castle, because she is lesbian!” Damares Alves explained in the now viral video, going on to ponder on the “lesbian” nature of a kiss that the blonde heroine gave Sleeping Beauty to wake her up.

Taking to Twitter, lawyer and journalist Glenn Greenwald, who is openly gay and who tied the knot with his partner back in 2005, summarised the comments made in the video, citing the minister as referring to the demonstration of a “gay kiss” as “a very grave situation” for children.

In the clip, Alves proceeds by lamenting the way modern girls are taught by some Disney cartoons to dream about their Ms Right instead of Prince Charming who will come to the rescue of their better halves. Alves’ disappointment may indeed reflect the reality, as there has been discussion among the film’s production team about Queen Elsa “coming out” in this year’s sequel, slated to hit the screens soon.

Amid a distinct backlash, there were many who rose up in the Brazilian right-wingers’ defence, with one stating that what Alves’ critics were concerned about is the US multinational corporation’s "profits being hurt":

Ironic. Brazilian right wingers taking aim at a popular money-making figure of an American multinational corporation in a way that could hurt profits. What's that about "eating their own?"

Many lashed out at Glenn for blackwashing the public figure, who merely expressed her point of view, with one suggesting she isn’t actually posing any danger to society:

“Some people believe homosexuality is more experimental than natural and children are impressionable”, one user, however, spoke in the minister’s defence.

Others, however, responded by picking up on Alves’ top-ranking governmental role, claiming that “the ministry for women, families and human rights” in Brazil country “is a really bad joke:”

Well she can and she has. Doesn’t mean we cannot find it absurd and question her capacity for decision making and her role as minister for women, families and human rights. The ministry in itself is a really bad joke.

Some netizens eagerly opted for light-hearted jokes on the subject, arguing that the whole story would make a nice sequel:

However, that sounds like an AWESOME idea for the sequel. I'd pay money to see that.

I would love this pic.twitter.com/gT9jVa73s2

One even shared a friendly tip with Alves:

My suggestion to @DamaresAlves is to just Let it go, let it go. 😏

…while a couple of other Internet users sarcastically countered Alves’ rhetoric, arguing that she would be better off reconsidering her masculine "virtually lesbian" style, and getting a makeover:

If she feels that way, why doesn't she get a makeover, dress more feminine? Her look in that image is basically "aging butch." A very grave situation for kids.

And would it kill her to smile? Lady up, Ms. Alves, lady up.

A number of people were intrigued to observe what distances people’s thoughts travel to as they watch children’s movies, with one expressing certainty that Alves’ words are absolutely ungrounded:

Source: Voices from my head. pic.twitter.com/hLhMQ64htl

It's weird where people's minds go when they watch kids movies

Some abstained from bringing up moral issues, but went on to question whether there was a "gay kiss" at all in the Disney production:

She lives alone in a castle for like a week at best due to her powers emerging and not wanting to harm anyone.

And sleeping beauty already was woken up years ago.

In a tweet below the original, Greenwald linked the Brazilian minister’s train of thought with Brazilian President Jair Bolsonaro’s stance on the LGBT community. He made a point reminding the public that he built his winning presidential campaign on “warning of the dangers LGBTs pose to schoolchildren”.

As a reminder, @JairBolsonaro — Minister Alves' boss — structured much of his career & his winning presidential campaign on warning of the dangers LGBTs pose to schoolchildren, only to post a hardcore gay kink video to his Twitter account with no warning https://t.co/hu7OJmOyYG