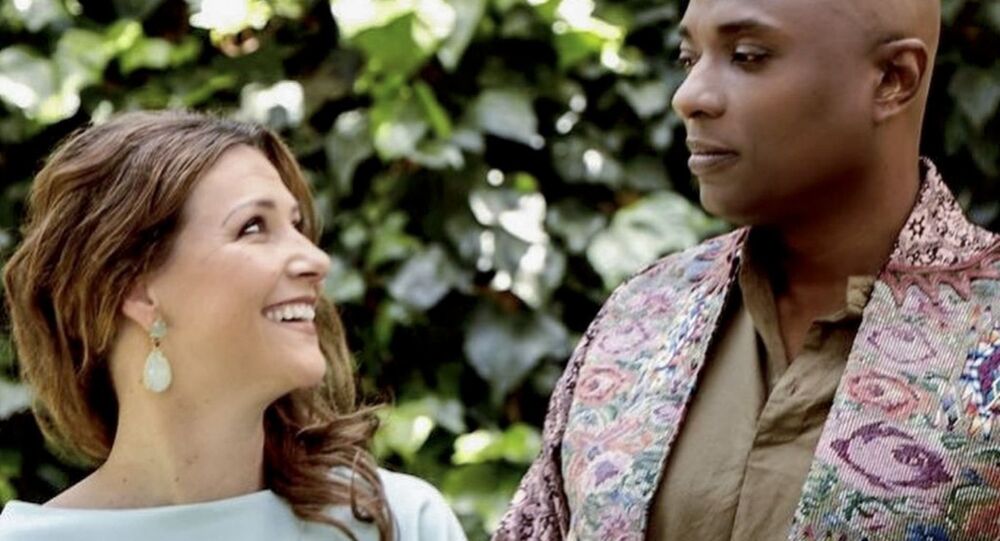 Norwegian Princess Märtha Louise's new boyfriend has boasted he has the power to "access the atom" and "literally reduce aging" and has even claimed to have cured cancer.

Norwegian Princess Märtha Louise has embarked on a tour called "The Princess and the Shaman" with an American spiritual adviser who is now her lover. However, the couple's counselling on "how to get in touch with your inner power" has sparked controversy in Norway.

With tickets priced at NOK 595 (nearly $70) and over, the ads for the couple's upcoming Norwegian tour promise the public "a journey into the mysteries of life". The newly minted couple also holds workshops with emphasis on "shamanic exercises" entitled "Activating Divinity".

There is a grace and beauty about life when you fall in love. Something softens in you that's unspeakable, however felt in the very depth of your soul. Then your eyes see more clearly yourself and everyone else with the same reflection the heart feels. To be loved or not to be loved for I'd rather be loved unconditionally then not to be loved at all. This is what I feel from @princessmarthalouise, pure acceptance of my multidimensional self. Not just the Shaman, however the woman in me, the strong man in me, the little boy, ET, the jaguar, the scientist and the angel and more. All loved by this Goddess, who I honor and worship. Where I can cry in her arms when I'm sad or hurt and laugh about life and its many complexities. A strong woman who lets me be me without judgement or confinement. I'm free when I'm with her, free to be me and love a women who is a bright light of wisdom and profound grace and immense beauty. Happy Mothers Day powerful women of the world. I honor you and your devotion to life. Thank you @dhendersonphoto

44-year-old Durek Verrett, the son of a Norwegian-Indian woman and a father from Haiti, bills himself as a "spiritual guide and gifted healer" and a "sixth-generation shaman". Verrett's customers reportedly include international celebrities like Gwyneth Paltrow. Verret has sparked controversy by claiming that he has the power to "access the atom" and "literally reduce aging", Verdens Gang reported. Previously, he also claimed be able to talk to spirits and even have cured a cancer patient, but moderated his statements after criticism. National broadcaster NRK has aired videos of him purporting to lead customers into an "out-of-body experience".

"Fortunately, Norway has given room even the royals to love just who they want. And that freedom of choice includes shamans. This is not where the problem lies. The commercial, neo-religious business she is going to do with Shaman Durek, on the other hand, has all the reason for criticism", Aftenposten journalist Ingeborg Senneset wrote. "The belief that things like healing are real is not based on evidence, but on anecdotes", she pointed out.

"Princess Märtha Louise helps a so-called shaman to promote his 'abilities'. Soon they will embark on the Norwegian tour. He argues, among other things, that he can help patients with blood cancer", Senneset tweeted.

"Just an ordinary day in the cuckoo land", a user replied.

"If we were a little more progressive and had changed the succession earlier, Norway would now have a shaman king", a user mused.

"Meaningless and tragicomic", another one replied.

READ MORE: King of Norway to Be Deprived of 'His Holiness'

Another point of criticism includes the couple using the St. Petri Church in Stavanger for their "shamanic" performance. Complaints that new-age happenings undermine the Christian faith have been rejected, leading many to believe that Norwegian Church officials don't want to upset the royal family. Local pastor, Silje Trym Mathiassen, told NRK that she thought this "could be a good opportunity to hear about new spiritualism", adding that it's not the first time they've opened their church to people of another faith.

47-year-old Märtha Louise, the daughter of King Harald and Queen Sonja and older sister of Crown Prince Haakon, has been plagued by controversy  for years and has long been accused of exploiting her royal status for entrepreneurial gain.

The Royal Palace, however, has remained conspicuously silent on the latest uproar around the princess.