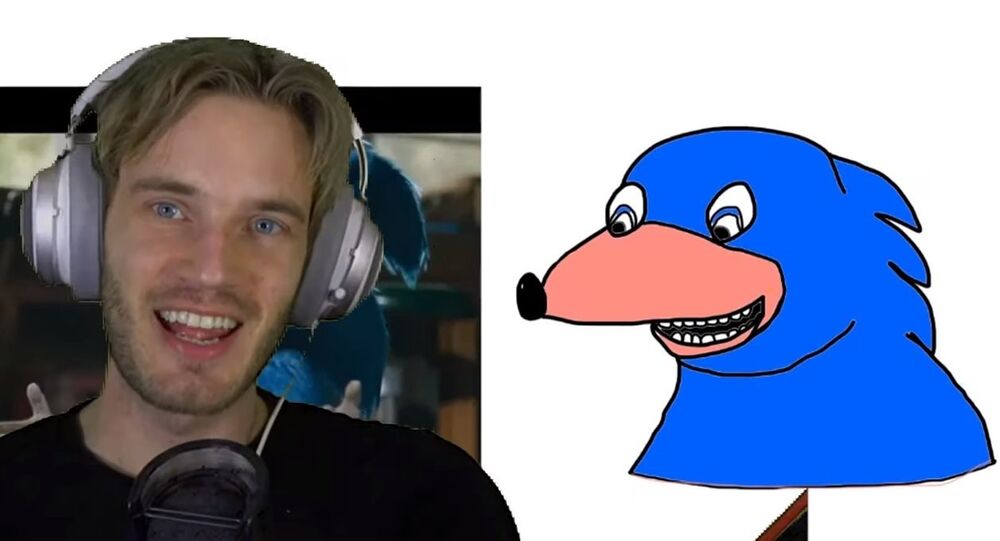 Pewds couldn’t stay away from the notoriously infamous CGI trailer of the new Sonic the Hedgehog movie and offered his help in redrawing the beloved video game character – although he made it just from memory.

In his latest video, the legendary Swedish YouTuber Felix Kjellberg, also known as PewDiePie, drew a series of sketches of cartoon and game characters, based only on how well he could remember them. Mario, Shrek and Pikachu were among those that were chosen by his fans. The movie version of Sonic the Hedgehog was also requested, starting with his CGI teeth and human-like head.

Finishing his drawing, PewDiePie noted that the result wasn’t so bad and said that if any of the animators wanted his help, he was willing to contribute with his drawing skills.

The trailer for the Sonic movie came under relentless criticism and social media backlash from fans of the franchise soon after it was released. Director Jeff Fowler even took to Twitter Thursday to inform the public that both the support and critiques of his upcoming film were heard loud and clear — particularly concerning Sonic's creepily human-like appearance.