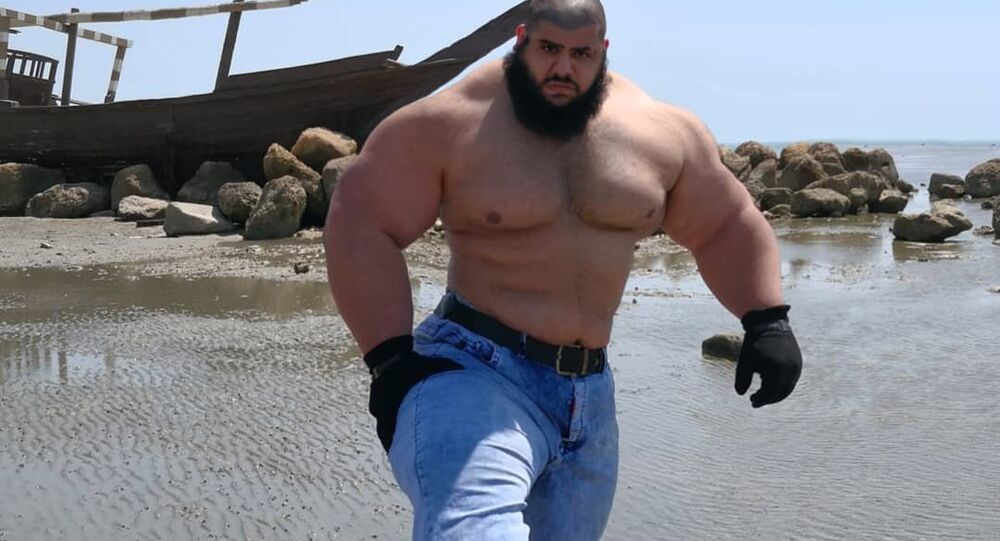 Sajad Gharibi, well-known in Iran and beyond for his extraordinarily massive physique, had earlier expressed his intention to try his hand in an MMA fight, but it never became a reality. However, this didn’t stop the athlete from persisting in his preparations.

Overwhelmingly big weightlifter Sajad Gharibi, commonly known as “the Iranian Hulk”, has taken to social media to announce his debut mixed martial arts bout against an unnamed Brazilian opponent slated for next year, although no more details have been given so far, except that Gharibi is well prepared for what is ahead.

"I'm finally accepting my first professional fight from a Brazilian fighter before 2020”, Gharibi wrote on Instagram. "I'm ready for the challenge", he stressed.

The 385 lbs giant made headlines late last year when it emerged that he was reportedly in talks to take on English bodybuilder Martyn Ford, who had by then earned a reputation of being the “scariest man on the planet”, in what was seen as a bid to promote the KSW, the biggest MMA organisation in Poland.

Although his first MMA fight didn’t happen at the time, Gharibi’s sheer size would certainly present a challenge for any of his experienced opponents, especially given the man’s vast expertise in wrestling, a wildly popular sport in his home country of Iran.

Gharibi has become a social media star in recent time, having racked up 450,000 followers in just two years thanks to impressive regular updates on his Instagram page, where he shares his training details, eating habits, and so on. The modern Goliath’s typical day starts with a full-fledged English breakfast, followed by an energy drink, and a decent serving of high-protein products like chicken and fish throughout the day, washed down with large quantities of milk.

The extraordinary effort is meant to serve a noble purpose, as he himself pointed out back in 2016 – “to be a soldier for my country”, Gharibi noted, expressing a strong wish to join his countrymen’s ranks in their fight against Daesh*.

Female MMA Fighter Who Fell Into Coma is Making Progress, 'Blinking Her Eyes'

Below the Belt: WATCH MMA Fighter Pulls Down Opponent’s Shorts