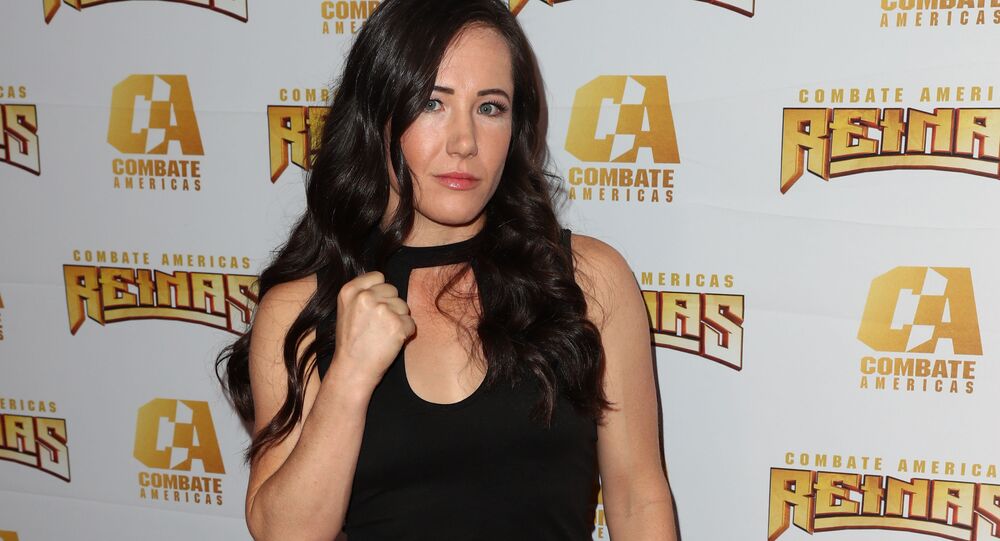 Female MMA Fighter Who Fell Into Coma is Making Progress, 'Blinking Her Eyes'

The martial artist ended up in her predicament after she started experiencing back pain while training for an upcoming bout and, following a medical examination, had to undergo a surgery to address the cause of her suffering.

Angela Magana, an American mixed martial artist who previously competed in the Ultimate Fighting Championship’s (UFC) strawweight division, has apparently started to recover from a coma she fell in due to complications from emergency surgery.

"I just talked to the Dr and there has been an improvement. She is moving her hands and toes, and blinking her eyes", Magana’s coach Gabriel Lamastus told MMA Junkie, later confirming this development via Twitter.

Update on Angelas Status. We are very postive about her waking up from the coma.
Sincerely Gabriel pic.twitter.com/atfuTMSCDs

​Earlier, the media outlet reported that Magana ended up in a coma at University Hospital in San Juan, Puerto Rico, where she lives, with posts on the martial artists’ official Twitter account confirming that Amgela was unresponsive and the doctors were struggling to wake her up.

Message from Coaching Staff there have complications and they can not wake her up. They are trying many options we will keep you up to date. Thank you for the out pouring of concern and love #TeamLaPerla #🙏

​Previously, Lamastus explained to the media outlet that Magana had been experiencing back pain while preparing for Combate Americas, and an MRI scan she underwent after sustaining a takedown during training revealed a herniated disc.

The fighter still remained determined to fight and even had a nerve block done to ease the pain, but her body apparently did not react well to the procedure, and a subsequent diagnosis of cauda equine syndrome necessitated emergency surgery which was followed by her falling into a coma on 16 April.