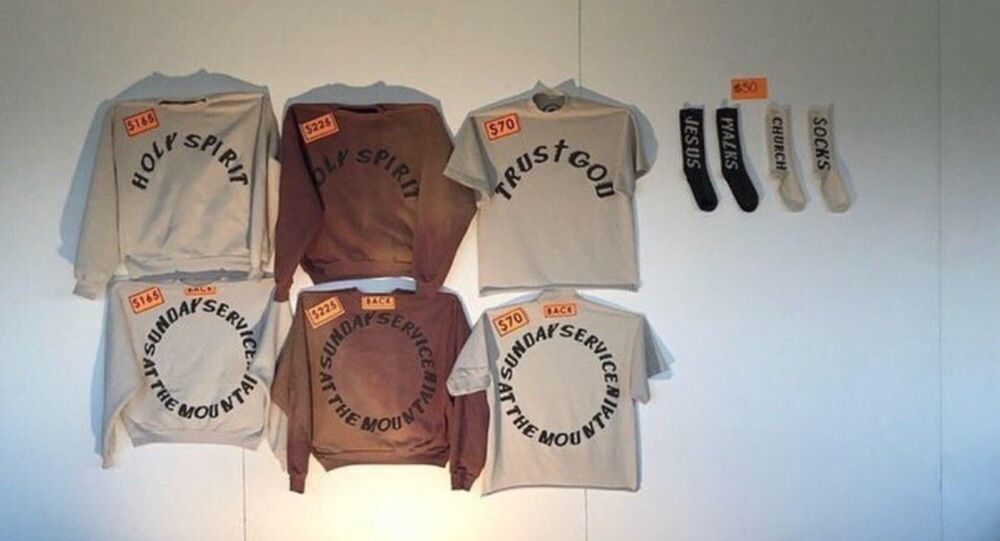 Apparently, Ye doesn't want you to come as you are; instead, he wants you to buy his $50 socks and a $225 hoody - a price tag not every believer deems appropriate.

American rapper and fashion designer Kanye West performed his gospel performance 'Sunday Service' at the 2019 Coachella Valley Music and Arts Festival over the weekend, as worshippers celebrated the Easter holiday.

The 41-year-old artist took the opportunity to unveil his religious-themed 'Sunday Service' apparel, but some have slammed the rapper for charging massive prices. Photos began emerging on social media showing Mr. West's designer T-shirts featuring a $70 USD price tag, as well as hoodies selling between $165 and $225 USD.

Commenters were quick to claim that the price and design simply ill-matched. "I wonder how much his graphic designer is getting paid for that work," one user said. "That is like basic 7th grade computer class. They could make this on Microsoft word."

The item that sparked the most outrage was a pair of socks that costing a whopping $50. "Anybody want a FIFTY dollar pair for socks from Kanye’s Easter Sunday Service," one Twitter user lamented.

"One day we're gonna talk about how Kanye wants to be taken seriously as a designer but continually makes clothes with no artistic value and relies heavily on his name to sell overpriced merch," tweeted an angry user.

But a number of people leapt to Kanye's defence, stating that most luxury brands charge outrageous prices anyway.

"Before we get to Kanye can we start with Maurizio Gucci, Miuccia Prada and Hubert de Givenchy," one user asked. Another Twittizen pointed out that other high end designers do "the exact same thing" with clothing and accessories.