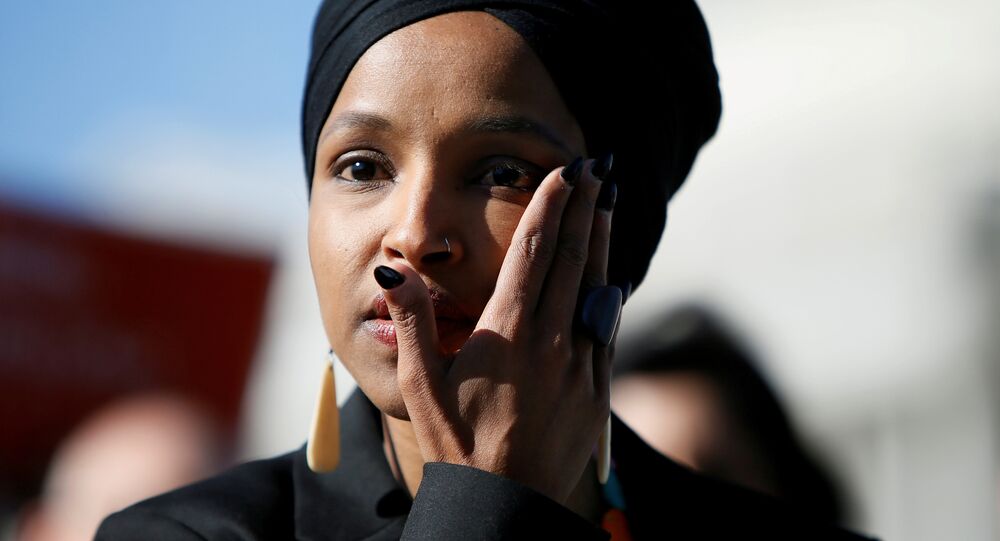 Estimates on how many Somalis died in the 1993 Battle of Mogadishu still vary, with some putting the death toll at 133, while others claiming that up to 1,000 people were killed.

Democratic congresswoman Ilhan Omar claimed in a resurfaced tweet that "thousands of Somalis [were] killed by the American forces" during a 1993 military operation in Mogadishu even though multiple sources say that the death toll was much lower, according to a report published by the website Investigative Project on Terrorism.

Omar’s October 2017 tweet, which was discovered by journalist John Rossomando, came after a Twitter user highlighted that more than a dozen U.S. soldiers were killed and another 73 were wounded in the 1993 Battle of Mogadishu, describing it as the “worst terrorist attack in Somalia history”.

Many remain at odds over the number of Somali casualties in this military operation; estimates range between 133 and 1,000. However, there are no reports of “thousands of Somalis” being killed in the fighting.

Meanwhile, many netizens reacted angrily to Omar’s resurfaced tweet, demanding that she should “be removed from the office” and claiming that “she is not fit to serve” the US.

It’s an awesome mirror into her soul for the US voters.

The way she removes all context, I.e. that the US forces were fighting against a warlord who was starving his own people, is shocking.

I strongly dislike that woman

This Woman is SICK.She just doesn’t STOP.SHE IS ALWAYS CLAIMING SHE IS THE “VICTIM “,The Poor Ignorant People in MINNESOTA having Her As a REPRESENTATIVE.SHE KNOWS “DICK”,I And Millions More AMERICANS-want HER OUT!! #Maga #OmarResign

This is what the Dems have to offer? Such a disgrace.

How did this person ever get elected?
Who in the world voted for her.
She is not fit to serve the United States of America!
She should resign immediately.

She needs to go.

Yes…a Congresswoman trying to get a foothold in to overthrow our Government.

I think people watching her are fully aware of her agenda and motives, which is infiltrate government, and promote the rise of an Islamic state. Omar's intent is betrayed by her uncontrolled serpents tongue, that reveals her anti-Americanism and racist hatred of non-muslims.

She is not a true American!! She needs to be removed from office and deported!!

Other went even further by describing her as “a terrorist is sheep’s clothing” and arguing that “her mission is to destroy the US from within”.

She's does not feel one bit American, never forget that. She knows her "destiny" as she said, and in her actions and words her destiny and many like her is to destroy America. Never bring the snake in.

She sounds like she is a Somali foreign agent who has infiltrated Congress. #MigrantProblems #Assimilation

She's a plant in a congressional spot. Her mission is to destroy the US from within.

A Somali refugee and one of the first Muslim women elected to Congress, Omar had previously made a number of controversial statements. In February, she asked if the US’ Venezuela envoy Elliott Abrams if he would support genocide.

Most recently, Omar described the 9/11 terror attack as “some people did something”, prompting an uproar from Republicans.