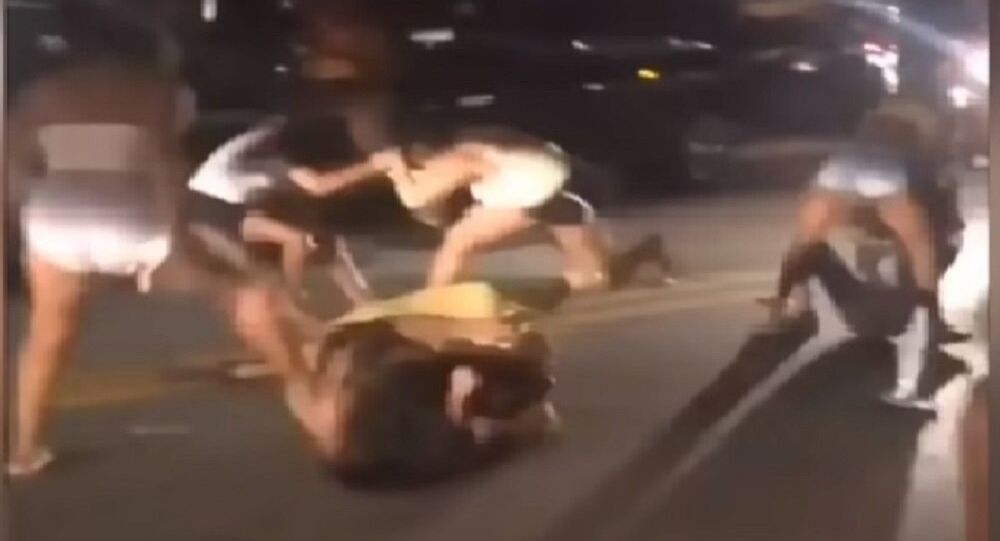 Although there were apparent health risks for those in the epicentre of the street fight, bystanders didn’t deem it right to intervene, but preferred to quickly capture the bikini fight on their smartphones.

As could be seen from footage shared over the weekend by the video-hosting site FlyHeight.com, “dozens” of purported students appeared to have taken part in a massive street brawl in Miami, including an array of bikini-clad women who arguably ventured too far in thrashing each other.

The video features one woman being frenziedly pounded and punched in the head while she lies in the middle of a road, apparently unconscious, with many more engaging in the street fight. However, as the crowd around those fighting grows, there is hardly anyone attempting to intervene to stop the madness, while young bystanders instead opt to stay aside and film the scene with their cameras.

The video also includes several shots of one woman, donning a neon cut-out swimsuit, with her breasts exposed while attacking another woman.

According to Local 10, the “college crowd” will remain in town until 2 April, noting that similar videos of reckless fights have been circulating on social media for the last several days.