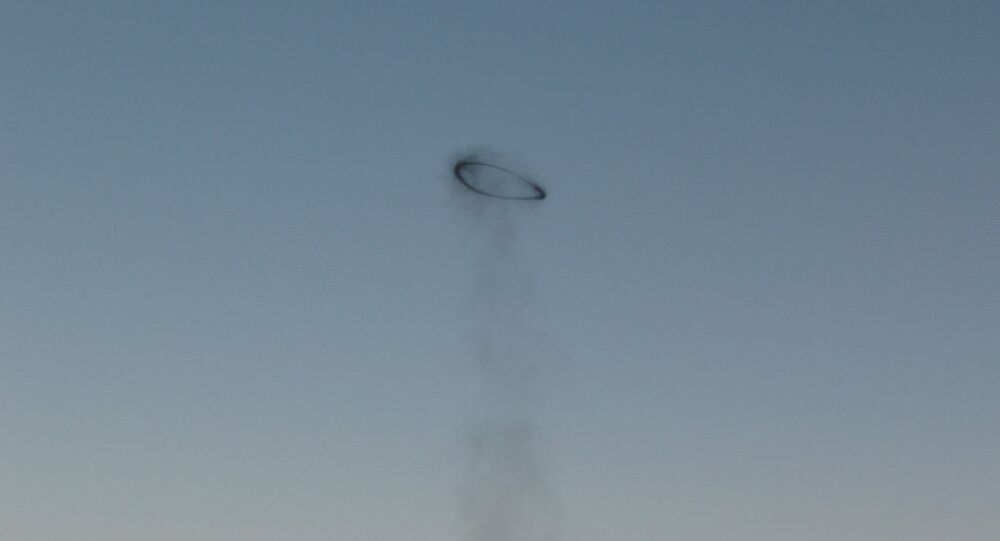 The blackish hoop remained intact for a few minutes before breaking up into parts and then gradually dissipating, with not a single trace left behind.

Puzzling footage has emerged showing a black ring up in the skies over Montana’s snowbanks, with the view being captured by farmers as they were feeding cattle on their ranch.

The smoky ring hovered above the ranch area for some time before breaking up and vanishing into thin air, sparking chilling speculation as to whether the locals had just witnessed an alien sighting.  “Aliens or an oil well burp?” they wondered, as reported by The Daily Mail, prompting a series of comments from arguably more experienced farmers:

“Had we not known it was a smoke ring that came from one of the oil wells over the hill, we would have thought we were being visited by aliens”, one said, with another one supporting the point of view:

“This smoke ring was caused by an oil well worker that was blowing out the regulator in oil well flare”.

It turns out that excess natural gas that is brought to the surface while collecting oil in an oil well is burnt, or in other words flared, to relieve pressure in the system, which releases the exhaust into the air. It lingers there for a few moments before dissipating in favourable weather conditions — still air and an absence of wind gusts.

This is not the first time that a dark ring like this has appeared in skies across the globe, causing confusion as to where it should be traced to. Others have recently been seen in still air in China, Argentina and the US, and have been largely viewed as a by-product of fireworks, cannon fire and even exhaust fumes rising up into the atmosphere.