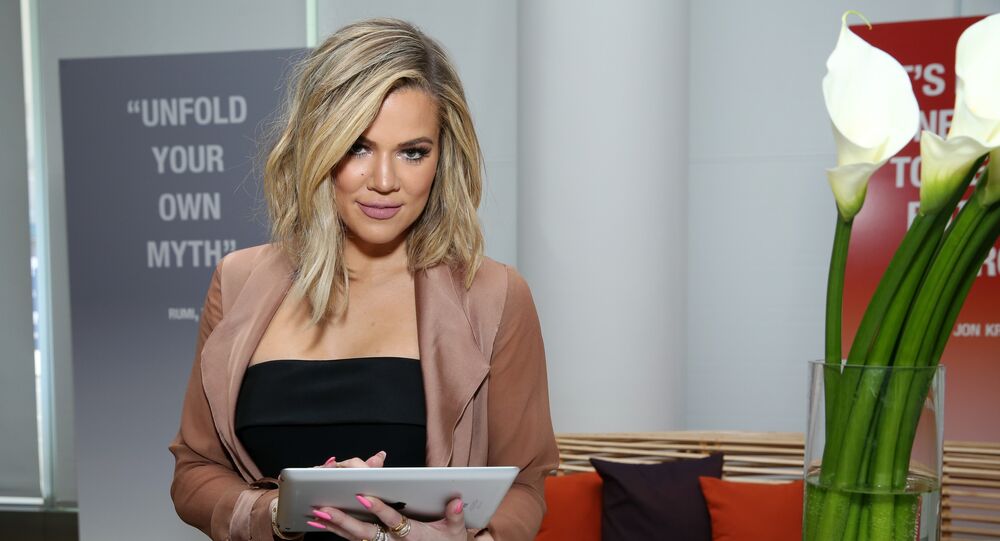 Khloé Kardashian may be the one who got cheated on, but social media users are increasingly voicing support for her unfaithful boyfriend, giving their own reasons for his headline-grabbing move on a family friend.

Social media users have launched a hashtag, #FreeTristanThompson, alleging that Khloé Kardashian’s boyfriend has been attempting to escape from her, but the reality show star is determined not to let him go – even after multiple cheating scandals.

The latest incident is said to involve Jordyn Woods – a long-time friend of the Kardashian-Jenner clan, who was purportedly busted making out with NBA star Tristan Thompson at a party in his Los Angeles home in February.

© AP Photo / Richard Shotwell/Invision
Khloé Kardashian Mocked for Photoshop Blooper Amid Boyfriend's Alleged Cheating
Woods addressed the rumours that appeared to some extent to be true on Jada Pinkett Smith’s Red Table Talks on Friday, claiming that Tristan was the one who initiated the scandalous kiss in front of the guests.

The bombshell allegation prompted many to wonder whether Tristan was convinced that he could get away with it, or if he was actually trying really hard to get caught red-handed.

That is when the hashtag #FreeTristanThompson was born, with a widely speculated theory that Thompson made the move on a family friend in a desperate bid to sabotage his relationship with Khloé.

Tristan was crying for help in this photo all along #FreeTristanThompson pic.twitter.com/JzCUSBAcC1

Tristan: So I guess you’re gonna leave me now that I cheated on you with your friend. #FreeTristanThompson
Khloe: pic.twitter.com/04x3GQoHtg

Khloe showing up to Tristians house cause she wants to works things out for the 100th time #FreeTristanThompson pic.twitter.com/AHdHXAK5Ak

As Woods gave her own account of how the events unfolded that fateful night, Khloé went on a full-blown Twitter rampage, dismissing Jordyn as a liar, and accusing her of breaking up her family. At the same time, she appeared to be quite restrained while speaking of Tristan’s role in the incident:

In the meantime, the hashtag kept gaining momentum and is still trending on Twitter, with many netizens alluding to Kardashian’s reaction while voicing their sympathy for her unfaithful boyfriend:

Someone let Khloe know that holding a Black man against his will was officially outlawed in 1865. #FreeTristanThompson

Tristan: i guess we done then? i’ll leave.

Khloe: no, it’s not your fault, jordyn broke our family. i forgive you

Tristan trying to get away from Khloe after she forgives him for the 2,364th time#FreeTristanThompson pic.twitter.com/U5l2szkbWR

When Tristan found out that Jordyn getting released from the Kardashian’s Instead of him #FreeTristanThompson pic.twitter.com/1aGNSsXC70

Khloe: We’re staying together Jordyn broke up the family

This is not the first time that Thompson, with whom Khloé shares 10-month-old daughter True, has been caught cheating: just days before she went into labour in April 2018, her NBA beau was spotted getting a little too close to another woman. Kardashian, however, forgave him for the sake of their family.