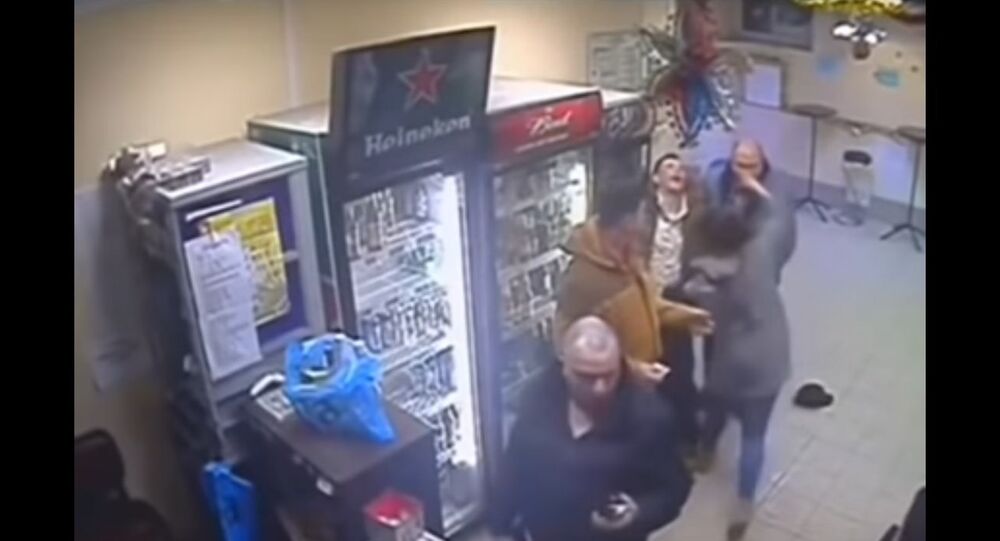 The security cam footage made the local news in Russia, but really took off after a Reddit user uploaded it in gif form on the popular discussion website.

A young Russian saleswoman's impressive fist-fighting skills are making the rounds online after security cam footage showed her going toe-to-toe with a burley customer who was beating up on another patron.

The footage shows a man bashing a fellow customer repeatedly into a drinks cooler, with another man standing nearby feebly attempting to stop him while another looks on.

Seeing the violence, the cashier fearlessly walks straight up to the assailant's face, punching and kicking him repeatedly and calling him a "f***ing dog." Taken aback, the violent customer shouts "Finally!" as if to prepare to fight her. The woman then gives him a single right hook to the head, sending him to the floor.

© Photo : YouTube/screenshot/Oleg Parastaev
Netizens Suspect Putin and Maduro Have "SECRET Common Past" (VIDEO)
The woman then casually turns around and walks back to the counter, with the man laying sprawled out on the floor, and other customers thanking her and offering to shake her hand.

For one reason or another, the video went viral on Reddit this week, where it racked up over 52,000 up-votes and got over 1,500 comments in 24 hours.

It's not immediately clear exactly where in Russia the footage was taken. It may also have been shot in Ukraine or Belarus, which have large Russian-speaking populations.