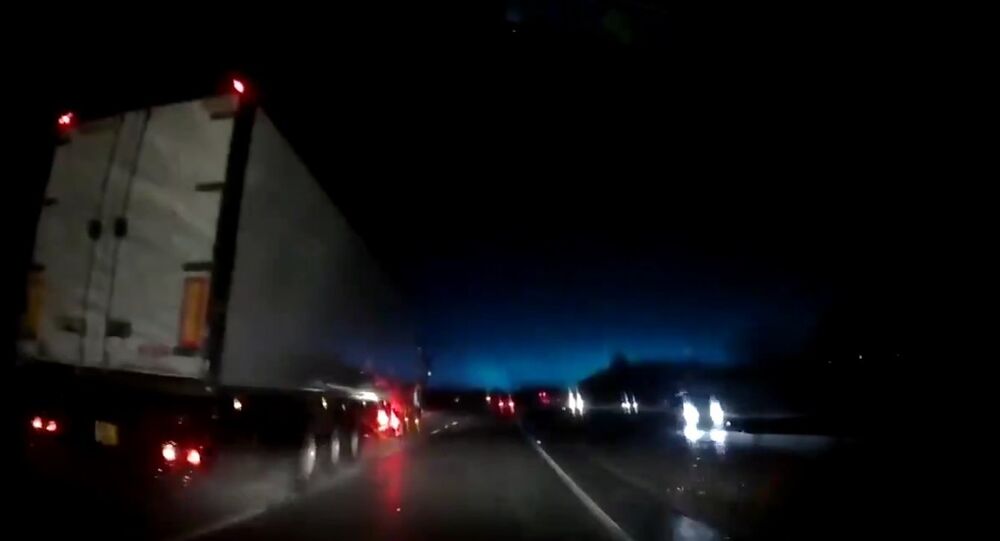 Conspiracy theorists claim that a strange bright blue light that emanated in the sky over North Wales earlier this month marked the descent of aliens at a secret underground base.

The footage that fuelled this alien speculation was filmed by a member of the Hawarden-based National Police Air Service on 7 February, though some commenters suggested that the eerie phenomenon was caused by a ball lightning or power outage.

For some of our local followers who also saw a blue flash of light at 6:30am today this was my dashcam view captured on the A55 E/B at Northop 🤔 #NPAS999 ^CRS pic.twitter.com/7fT9T8GCa5

However, UFO investigator Russ claims that the light was connected with an underground facility he believes to be lying beneath the North Wales coast

"I don't know what it was, but it could have been a UFO that came down, something that landed in the area or even something that was brought to the area," he told North Wales Live.

"I've not had any reports of any UFO sightings since the flash which is very strange, but it could be a precursor that something else is about to happen — something like a mass sighting or maybe something is preparing to land.

"We've not had any landings for a while so it would be good to know if anyone sees anything," he said.

Commenters on social media came up with some more down-to-earth-explanations.

"That's what happens when a transformer blew up," a user wrote.

Another added, "I saw that in Chicago a few years ago. No one knew what it was. The cops said it was probably a 'blown transformer'".