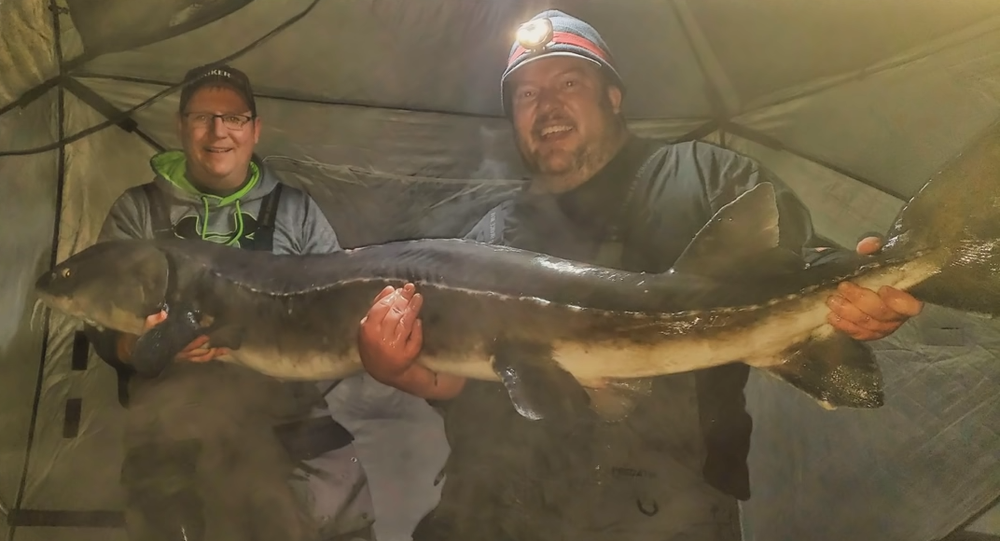 What does it feel like to catch a fish that is older than you?

A group of fishermen from Minnesota recently caught a massive sturgeon, measuring 78 inches and estimated to weigh about 120 pounds. The video of the record-breaking catch has been uploaded to YouTube.

Darren Troseth and John Kimble nabbed the creature on 5 February while ice fishing on the St. Croix River, according to a report by St. Croix 360.

"That's what I'm talking about, boys!" one member of the group shouts on the video as the fish finally surfaces. "That thing is bigger than you!"

"We should get a picture. I don't even know how I'm gonna get a picture," another one adds, clearly impressed by the sturgeon's size.

YouTube/Viral Hog
Waste Not, Want Not: Australian Eagle Scoops Up Released Fish
The Minnesota Department of Natural Resources (MDNR) confirmed 14 February that the fish was not only the largest lake sturgeon caught on record, but also the longest fish nabbed in North Star State history.

Shannon Fisher, MDNR's fisheries population monitoring and regulations manager, said in an interview that the record-breaking sturgeon could be around 100 years old, and that its discovery is good news for environmental conservation as a whole.

"It kind of validates some of the work we're doing, that we are seeing improvements in size structure of the fish that we have," Fisher said.

US Homeland Security Department Concerned About Blast at Minnesota Mosque