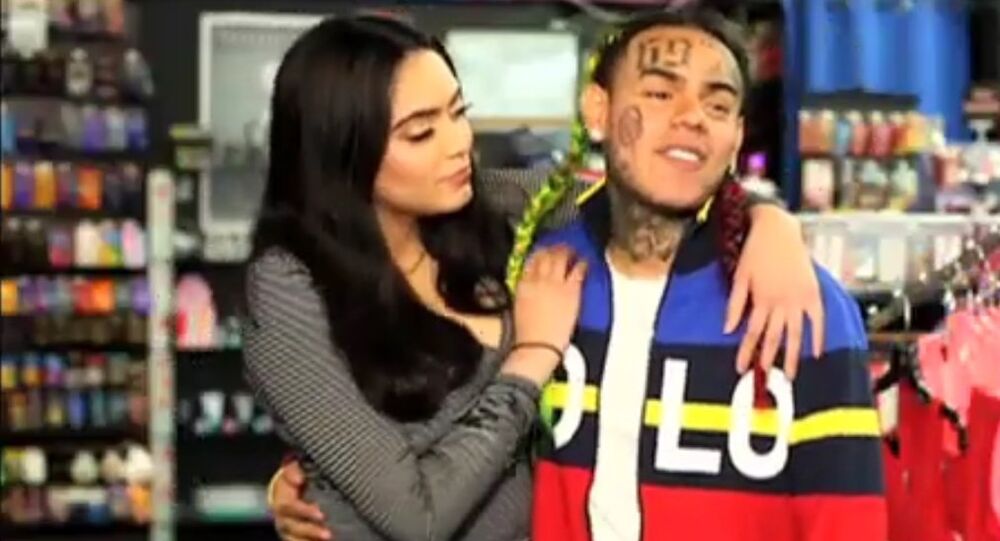 It remains unclear exactly when this video, uploaded on YouTube on 10 February, was recorded, as the rapper who starred in it was arrested in November on gang-related charges.

American rapper Daniel Hernandez, more commonly known as Tekashi 6ix9ine, has apparently managed to raise quite a few eyebrows online after he starred in an anti-abuse commercial for the Romantic Depot sex shop.

The video features 6ix9ine walking into a store with a girl, seeking to “spice things up”, prompting the store clerk to warn him that he needs to know his partners limitations.

"I agree. When I was younger, I used to make a lot of stupid mistakes. But I’m ready to learn more," says the rapper, whose ex-girlfriend and mother of their daughter complained that 6ix9ine was beating her throughout the seven years of their relationship.

READ MORE: Rapper 6ix9ine’s Ex-Girlfriend Says He Beat Her, Forced to Have Sex

The video then switches to celebrity tattoo artist Donna Marie Lombardi calling on viewers to visit the store and pick up a pamphlet on abuse prevention, with Tekashi closing the ad with the following line: “Thanks Romantic Depot. I now know how to treat women with dignity and respect.”

A number of social media users seemed amused by the video, considering the rapper’s prior record.

Me Seeing 6ix9ine In The @RomanticDepot Commercial For The First Time pic.twitter.com/rmaXEpNnK2

6ix9ine: “Thanks to romantic depot I now know how to treat women with dignity and respect”

The Daily Beast also notes that it is unclear when exactly this video was recorded because 6ix9ine was arrested on gang-related charges in November and pleaded guilty as part of a cooperation deal earlier this month.