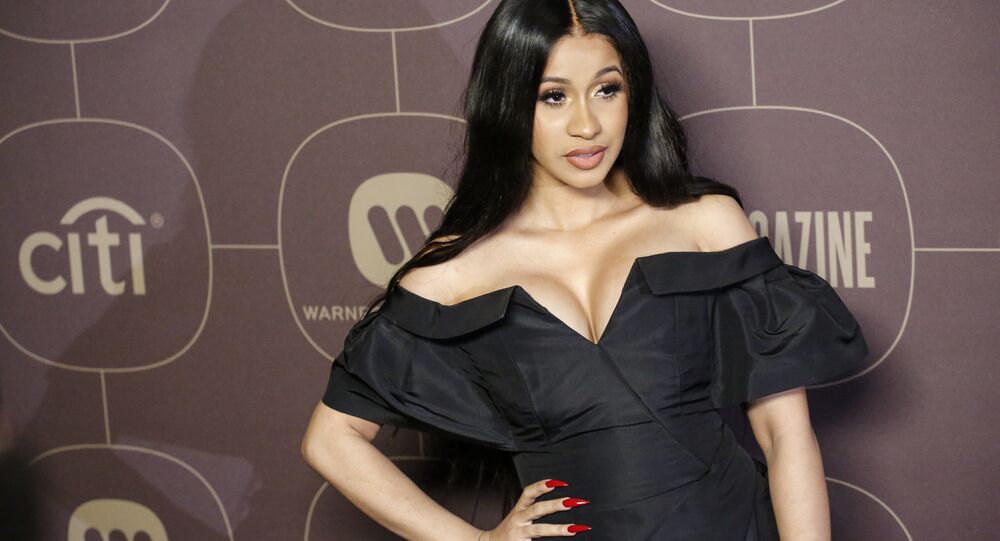 The rapper claimed that she declined the offer with “mixed feelings” because her husband really likes watching football, but at the same time she simply had to “stand behind” Kaepernick.

American rapper Cardi B has announced that while she received an offer to perform at the Super Bowl, she ended up turning it down in order to support ex-NFL player Colin Kaepernick.

According to Cardi B, she did so with "mixed feelings" because her husband, rapper Offset, loves to watch football.

The rapper’s move earned her praise from social media users.

If you don't stand for something you'll fall for anything. Good for her!

I stand by Kaepernick. Thank you Cardi B.

​Others, however, apparently took a dim view of the rapper’s decision and her assessment of Kaepernick’s actions.

They want an underground rap stripper during the most watched tv event of the year.

He makes millions from Nike. Not much of a sacrifice. Ali gave up everything thats sacrifice

okay but she's irrelevant and problematic so sis has to shut her mouth.

Cardi B and Nicki Minaj Agree to Truce After Year-Old Feud, Brawl at NYFW