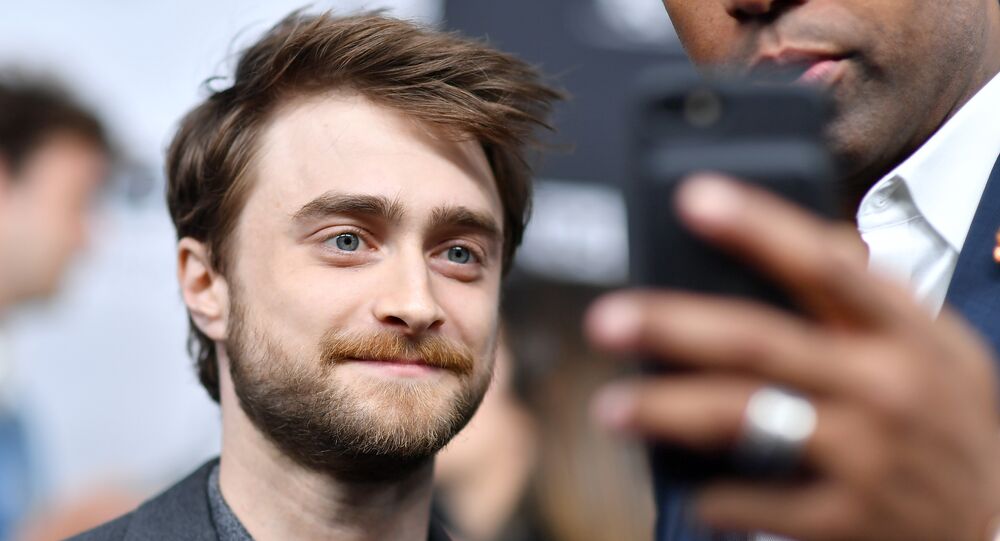 During an interview with Variety magazine, Radcliffe said he’s supporting the Los Angeles Rams in this year's Super Bowl, noting that “the whole world is rooting against the Patriots… sorry.”

The British Hollywood star said that while he doesn’t think Brady should retire, he believes Brady should “stop winning things.”

“Take that MAGA hat out of your locker! I feel like that was the moment when as a country we were all like, 'Come on, dude! You're awesome…Don't put that in here,'” Radcliffe chuckled.

Daniel Radcliffe says he’s rooting for the Rams in the #SuperBowl and has a message for Tom Brady: "Take that MAGA hat out your locker" | #Sundance #VarietyStudio presented by @ATT pic.twitter.com/uGI608bP3b

The red Make America Great Again hat was spotted in Brady's locker back in 2015 during a televised interview. The football player and US President Donald Trump are reportedly on good terms, calling each other and playing golf together.

“Sometimes he calls me. Sometimes I call him. But, again, that's been someone that I've known. I always try to keep it in context because for 16 years you know someone before maybe he was in the position that he was in. He's been very supportive of me for a long time. It's just a friendship,” Brady said in an interview with Fox News back in 2017. However, a year later Brady opposed the President’s stance on the refusal to stand during the national anthem. While Trump called Colin Kaepernick's silent protest “unpatriotic”, Brady saw the President’s comments as “divisive” and said that he wants to support his teammates.