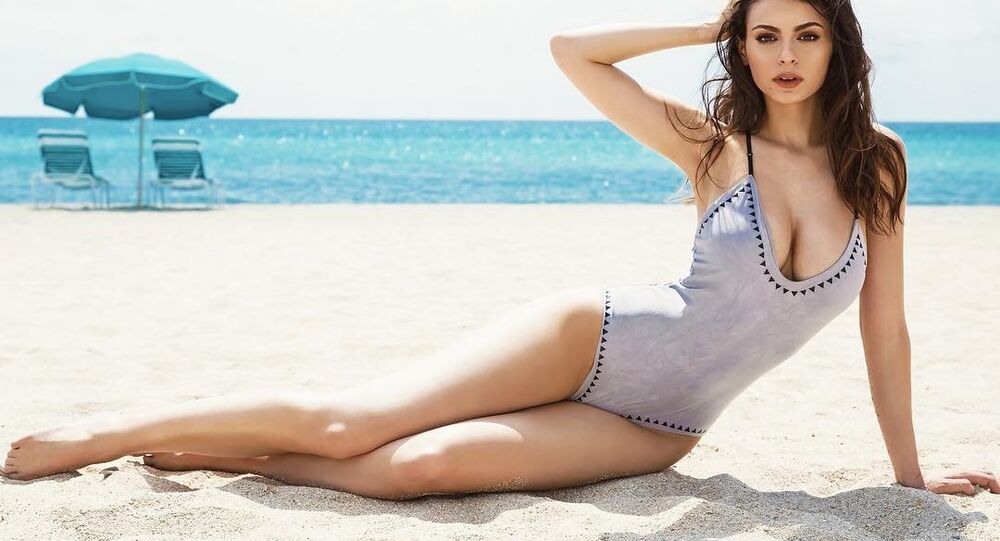 Model Says She Was ‘Terrified’ to Reveal She Is Trump Supporter

Elizabeth Pipko, 23, a model who has appeared in Maxim, revealed in an interview that she has been a Trump supporter since the beginning, but never let on publicly because she feared it would kill her career and alienate industry colleagues.

Pipko told the New York Post that she had volunteered for Trump’s 2016 presidential campaign, sometimes working 10 hours a day, yet could not reveal the fact to anyone within her industry, fearing a backlash.

“I went to meet with my manager (who was not affiliated with a modeling agency). He and a colleague were enraged, screaming about how much they hate Trump. My manager kept saying how evil the people who work for him must be and that he would never work with anyone who supported him,” she said, adding that she was  “terrified they would find out that I was one of the so-called evil people.”

She told the Post that since that time she has lied, saying that she was coaching ice skating instead of telling the truth that she worked as a national volunteer-services coordinator for the data team at Trump Tower.

The model said that every modeling job or meeting at that time was a high-stress for her if talk turned to the subject of Trump. At one time a photographer arrived wearing a black T-shirt with a gigantic red slash over Trump’s face. In another instance, while at Miami Swim Week for fashion shows, she was forced to sit in a corner pretending to be on her phone while 15 models openly slammed Trump.

She also remembered meeting a famous male model at Trump Tower who was also volunteering for the Trump campaign, who asked her not to tell anyone that she had seen him there.

Because there was public record that Pipko had volunteered for Trump, the President’s name could appear with her name in a google search. When her current modeling agency became concerned about it, she lied again, saying that it was a prank by her brother.

“But now that it’s been two years since the election, I don’t want to keep silent any longer. Even if that means saying goodbye to modeling forever,” the New York-born model said.

She admitted that she was proud of her work for the president and that she had met many new people during the campaign, including her current husband, Darren Centinello, who remains on staff with the president’s reelection campaign team working on digital and social media outreach/strategy for the 2020 race. The couple were married December 2018, prior to the partial federal shutdown and sent invitations in the form of red hats that read “Make Marriage Great Again,” with a tag hanging off that listed all the wedding information.

Pipko asserted that she believes that Trump is an advocate for women, and that he promotes women not only through his real estate ventures, but also at the White House. She also noted that the president’s alleged pay-offs to various mistresses is his own personal business and the only relevant aspect to Trump's character is what he does as president.

“I’m already hoping to take part in the reelection in some capacity. And this time, I’m not going to hide it,” she courageously declared.