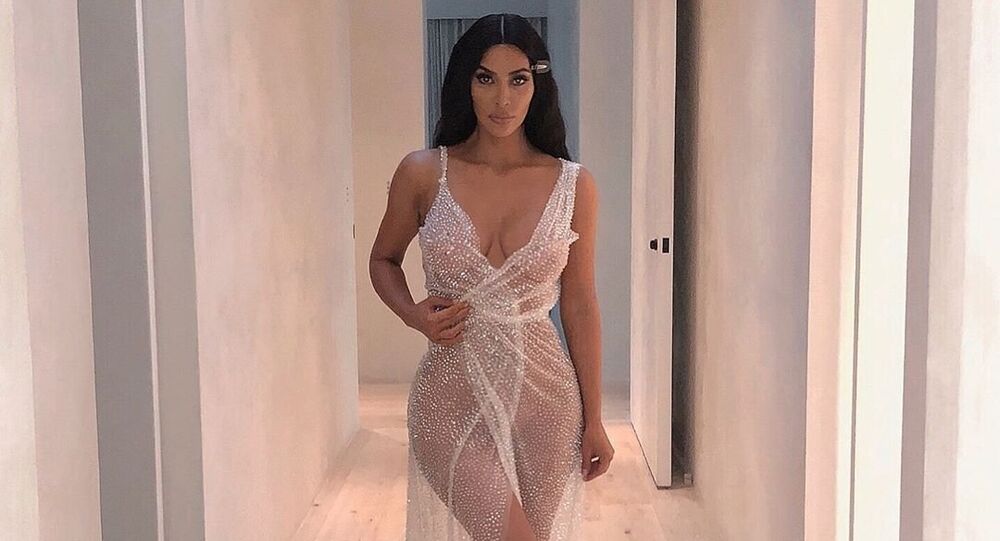 Although the video that prompted wild discussions on Twitter was for some reason pulled, some media outlets recorded West’s words and his apparent reference to award-winning rapper R. Kelly, implicated in a whole bunch of sexual misconduct allegations that underlie a soon-to-be-aired documentary.

US reality star Kim Kardashian took to Twitter on Monday in a bid to defend her husband, or, as she put it, “nip this in the bud right now”. Although she didn’t specify right off the bat what exactly had caused her to worry, around the time of her tweet speculation about West’s recently aired comments on his “Sunday Service” live stream began to flood the Internet.

A video, which was captured by TMX before being removed from social media, sported West calling audiences to go on enjoying the art produced by the controversial creative class, referring to, as several media outlets suggested, R. Kelly, who is currently targeted in a number of allegations of multiple cases of sexual misconduct with underage girls. The second figure mentioned was the late Michael Jackson, who was accused and then acquitted of child molestation charges.

“They just gonna pull up full documentaries on him. Then they gonna come with the Michael [Jackson] documentary. … We can all enjoy all their music all we want. I thought I wasn’t going to go there today. If we’re gonna tear down artists, let’s go ahead and take [Leonardo] da Vinci out the Louvre. Let’s take down all the art”, Complex cited West as saying.

After the pendulum started swinging, Kardashian soon returned to Twitter to clarify the initial tweet, and fans, although still apparently in the dark about what exactly the mother-of-three (soon of four) had commented on, applauded her move to stand by her husband, whatever it takes.

Good. Stand by your man ‼️love this

Some even appeared to be very moved by the gesture, despite not having the foggiest idea of what the Keeping Up With the Kardashians star meant.

I really love how hard she rides for her husband

Seeing the comment, one Twitterian butted in to clarify the issue, as well as reveal the inaccuracy of some media reports on the subject:

He said something along "if you attack artists you're attacking art" referencing Michael Jackson and himself. Websites made it seem like Kanye talked about R Kelly

However, many expressed their compassion over Kardashian not divorcing him, though acknowledging that there is “a special kinda love” between the couple, who are soon going to be parents for the fourth time, as it’s been confirmed:

How much longer are you gunna deal with this 😂

Kim he's crazy and you will support him tooth and nail that's a special kinda love RUN now for them babies!

There were those who instantly hit out at “grown man” West himself, claiming he should have clarified the point himself and take responsibility for what he says:

You are always trying to defend the indefensible. Sadly, it makes you just as wrong as Kanye West. He's 40. Stop acting like he he's 4.

Kim, he’s a grown man who can defend and speak for himself. You cannot get him out of trouble every time he messes up. I know you’re tired of doing this boo

Can he not speak for himself?

There are a lot of things we say that we regret saying. But why does it keep happening over and over again. And then You having to come forward because of His actions. Worry about you. You’ll be fine.

Many echoed Kim’s stance, arguing that there is no need whatsoever to listen to or appeal to people that “are irrelevant”: “f*** the haters,” he put it rather straightforwardly.

Why should anyone have to explain what they meant to people that are irrelevant & going to find something negative to say anyway?

like i'm understanding is kanye is not allowed to have his own opinion? fuck the haters his fans his real fans know him and they know what he meant
its all good vibes and its all love
sending you lots of love to your way keeks

Viral GIF pics have been attached top comments here and there:

Not everyone gets @kanyewest intentions, i feel like what he’s been trying to prove or show is notó be afraid to show who you are and share your own thoughts and opinions even if they are different from everyone else, I totally respect that pic.twitter.com/0MKner91cg

Grammy Winner R. Kelly, whom West was purported to have referred to, has been a controversial figure due to a string of allegations of him having been sexually abusing young women since as early as 1994.

The most recent account even had him holding his alleged victims hostage in his home in Johns Creek, Georgia. What added fuel to the fire was the upcoming documentary titled “Surviving R. Kelly”, a six-part film that chronicles decades of R. Kelly’s alleged sexual misconduct. Kelly himself continued to vehemently deny all allegations against him, despite as many as 50 presumed victims having come forward over the past few years.

For Want of a Tyre: Kourtney Kardashian Gets Trolled by Kim Over Aspen Trip