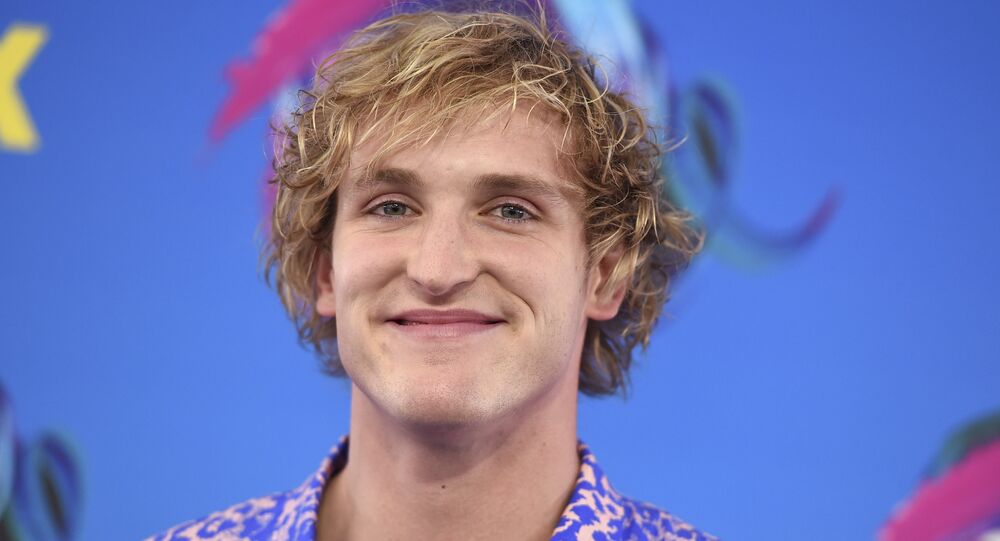 Logan Paul, 23, who was named among the world's highest-paid YouTube stars in 2018, saw a slowdown in views and subscriptions after he had filmed an apparent suicide victim in Japan's notorious "suicide forest".

American actor and YouTuber Logan Paul is facing a fresh barrage of criticism from supporters and representatives of the LGBT community after voicing his frisky New Year resolutions.

February is going to be "fatal", he went on, referring to a month-long stake-and-vodka marathon. March was set to mark a pretty adventurous exploration of his sexual boundaries.

"Then March — what is it, male-only March?" Logan asked his co-host, Mike Maljak. "We're gonna attempt to go gay for just one month," he said.

"For one month. And then swing… go back," Maljak added, with the two bursting into laughter.

He immediately came under criticism on social media, with users saying that his ambitious plans were a publicity stunt.

I'm all for people experimenting with their sexuality but this is clearly a ploy to gain some sort of audience attention. Just the phrasing of "go gay" signals to me (and I'm sure other people in the LGBTQ community) that this is just a way to mock queer people.

Perhaps he should try going offline for a month#stopmakingstupidpeoplefamous

instead of going gay logan paul should go Extinct

A number of people expressed their outrage, saying that sexuality is a matter of biology rather than choice.

everyone: you can’t choose to be gay
logan paul: pic.twitter.com/ATyum7rWxl

Logan Paul really out here thinking being gay is a choice? What kind of hetero bs is this?? pic.twitter.com/qrR9a5ViW8

Logan, who is among the world's most popular YouTubers with nearly 19 million subscribers, "pleaded guilty" and called his comments a "poor" decision, but some voiced doubts about the sincerity of his apology.

very poor choice of words… my fault. let’s get together and talk about it on my podcast next week? https://t.co/Ki8RKgMJOO

Translated: “Poor choice of words, want to come on my podcast next week so I can make money off of my poor decision?”

Wooow plugging your podcast while poorly trying to apologize

Some people, on the other hand, believe that the public reaction was a little bit over-the-top.

People are fully over reacting

I understand the reasoning for backlash to a certain extent, but 75% of the it is over exaggerated and unnecessary. If one of the Dolan Twins made the joke, they would be screaming "YASSSS QUEEEN!"

Logan Paul is no stranger to public controversy — last year, he filmed himself stumbling upon a dead body in the Aokigahara forest, an infamous suicide spot near Mount Fuji.

Nevertheless, the scandal that followed has not stopped the internet celeb from pocketing a whopping $14.5 million in pre-tax earnings between June 2017 and June 2018, and making it to Forbes' top 10 YouTube stars list.