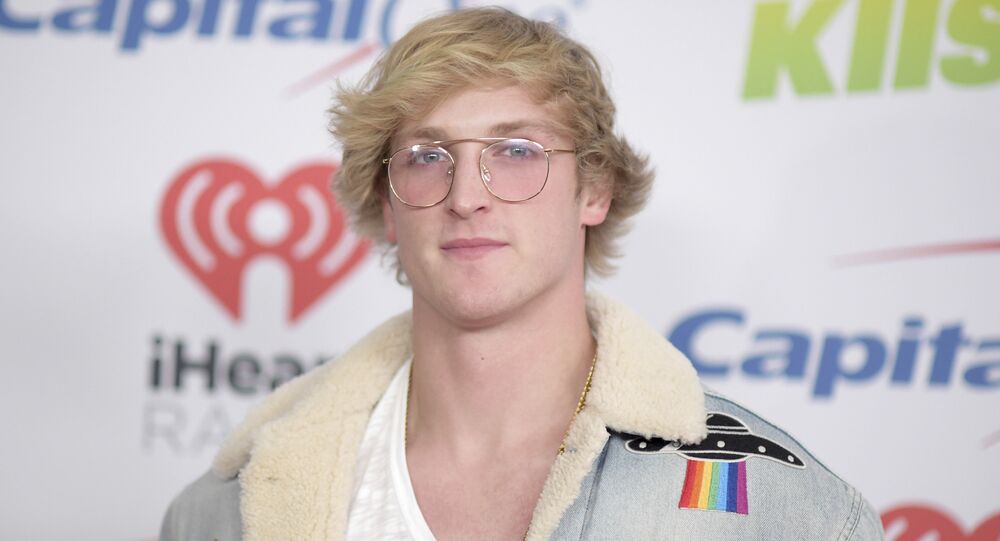 YouTube star Logan Paul has been slammed on social media for uploading a “disrespectful” video, showing a dead body, to his channel, while he was in Japan.

Paul, who has 15 million subscribers on YouTube, posted a video on Sunday, featuring him and his friends going to the Aokigahara forest, a notorious suicide spot near Mount Fuji. Later they come across a hanging body, which they continue filming from several angles and make jokes about their discovery.

Despite the fact that the video was later removed from his channel, it had already received millions of views.

Paul has apologized on his Twitter for what he did, saying he wanted to raise public awareness about suicide and save lives, claiming that he was not doing it for the views.

Despite Paul’s apology, the incident has sparked outrage among social media users, who labeled him “disgusting” and “disrespectful.”

Logan Paul went into a forest in Japan that is known for Suicides and films a video, sees a dead body and continues to film and laugh about it with his friends before calling the police and then uploads the video to YouTube, how heartless and disrespectful can you be?

For everyone saying Logan Paul didn’t mean to offend anyone.. he took the time to film, carry on filming, look at the footage, edit it, watch it back, upload it to YouTube and keep it on YouTube for a good while. It’s inexcusable, disgusting and disrespectful.

I didn't know who Logan Paul was until an hour ago, but I hope Japan bans him for life.
If Twitter and Youtube don't suspend him, I say boycott.

if you still support logan paul after this, you're disgusting and heartless. that video isn't just a "mistake" it's more than that.

How can Logan Paul be so impudent? He tells people to go and find help if they are going through depression and then contradicts what he is saying by laughing about somebody who has encountered depression and has taken their own life. And to think people look up to him.#loganpaul

Logan Paul knew what he was doing and knew that what he was doing was going to get him views, that’s why he did it. He knew he was talking about a sensitive topic and as a 22 year old man he should know to cut that out of the video. Its sad what people do for money.

suicide is no joke. the man being filmed was a human being exploited by logan paul for shock factor and views. and before you accept his apology, remember he had numerous opportunities to put a stop to this when filming, uploading & editing. hold him culpable for his actions.

How dare you! You disgust me. I can't believe that so many young people look up to you. So sad. Hopefully this latest video woke them up. You are pure trash. Plain and simple. Suicide is not a joke. Go rot in hell.

Sophie Turner from Game of Thrones blasted him as well:

@LoganPaul You’re an idiot. You’re not raising awareness. You’re mocking. I can’t believe how self-praising your “apology” is. You don’t deserve the success (views) you have. I pray to God you never have to experience anything like that man did.

The amount of personal + social unawareness Logan Paul has displayed in THAT video is mind blowing to me. How could one w such power and influence have the audacity to put something so thoughtless online? You have potentially intensified an entire family's grief beyond measure.

Famous journalists, doctors and Paul’s fellow bloggers have also shared their feelings about the incident:

The worst part of the Logan Paul video is the casualization of the worst kind of tragedy. "Wow, this is soooooo crazy, somebody killed themselves lol"… The only portrayal of suicide should be the devastation it leaves behind & the help that is available to desperate people.

The best thing to do with people like Logan Paul is to stop watching and listening to them, unsubscribe, don't give this person anymore of your time. Anyone who thinks it's ok to do what he's done is not worth any attention.

Logan Paul's callous exploitation of a suicide victim for Youtube views is absolutely disgusting. We need to have a real conversation about depression, mental health, and suicide that revolves around compassion and empathy, not amusement and horrified fascination.

Japan’s suicide rate is the sixth highest in the world as of year 2017, according to The Japan Times. The Aokigahara forest has a reputation of being one of the most popular suicide sites in the country. Unlike other religions where people are taught that suicide is a sin, Buddhism and the samurai culture consider ritual suicide, known as hara-kiri, an honorable way to take responsibility.