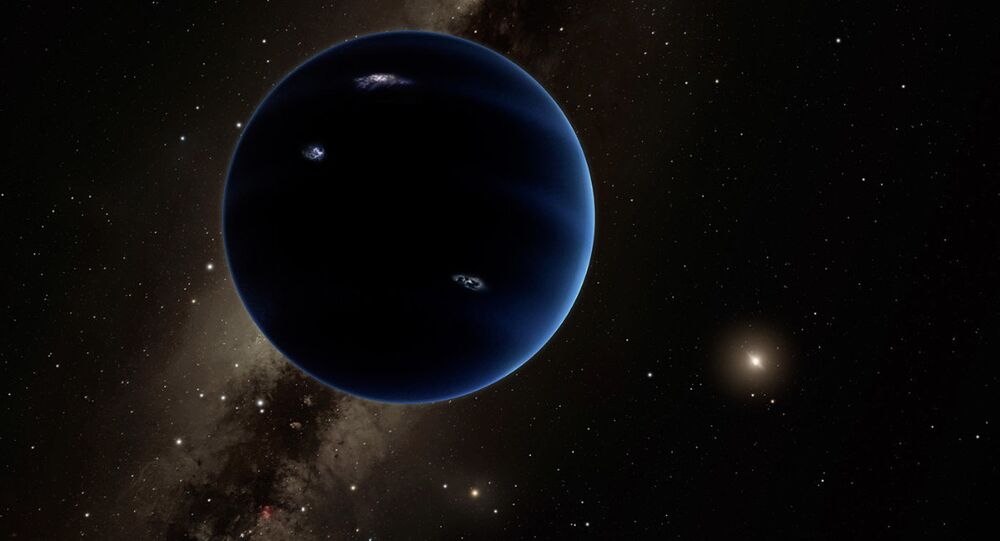 An IPhone camera helped a Canadian man discover what he could not see with the naked eye: a strange object behind the Sun which he conjectured was a planet. The thing, whatever it was, did not move throughout the clip, making truth-seekers insist that it was not a problem with his lens.

A sky-gazer in East Ontario, Canada was filming what he called "rainbow clouds" (an optical phenomenon that occurs when small water droplets in the atmosphere reflect the sunlight, causing rainbow colours in clouds). However, he was caught by surprise when he noticed a faint round-shaped object behind the Sun at the 10-o'clock position, which looked like a planet surrounded by a halo.

"What? Why is there something up beside the Sun?" he inquired. "There's something up there to the left of the Sun. Oh my God, it's not a sun flare. It's not a lens flare."

"That's a planet", he concluded.

The man then filmed the mysterious object from another location; he said that it was still in the sky.

The video was shared by MrMBB333, a YouTuber with over 300,000 subscribers, whose channel is dedicated to conspiracy theories and Earth changes.

He stated that the would-be planet appeared from behind a cloud which moved away from the Sun. He also dismissed the hypothesis that it was an optical illusion created by lens flare as the object remained still for an hour, while the lens flare effect tends to move around.

Plenty of viewers believe this could be Planet X, a massive yet-to-be-found planet far beyond Pluto, which could be affecting the orbits of smaller objects in our solar system.

"Nice, I think it's the Planet X system, all for us to see now."

"That looks like a planet in our solar system on the back side of the sun!" a commenter wrote. "That doesn't look like a far distant star, it looks like a close planet!"

"Yep it looks like a planet with its own ring of an atmosphere around it! Great catch!﻿"

Conspiracy theorists were quick to claim that the nefarious government was intentionally leaving "chemtrails" in the sky to hide the truth from the people.

"Reason why chemtrailing is done in front of the sun", said a user nicknamed yesican2012.

"This is why they spray in front of the sun during sunrise and sunset everyday", added another commenter.

Some critics, however, rushed to quash the Planet X theory.

"Anyone with a proper filter would debunk this in a second… Nibiru isn't happening people", a viewer wrote.