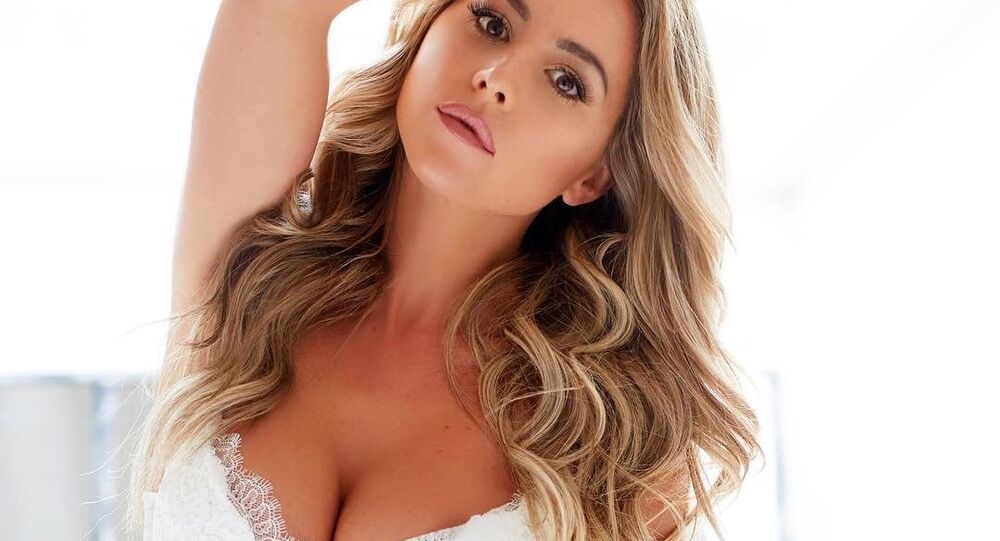 Carly Maker is not new to social media fame and the limelight, since she first entered it at the age of 14, and it seems she is becoming more and more recognizable given her boxing career.

Young UFC ring girl Carly Baker has made fighting fans turn their heads with an array of sexy social media videos and snapshots ahead of UFC 232.

Most recently, 31 year-old Carly from Wimbledon, London, was watching the bout between UFC’s Jon Jones and Alexander Gustafsson, when the latter was beaten in the third round in Los Angeles.

I'm ready…Absolutely buzzing for this fight tonight!!! 👊👊 Come on @thenotoriousmma — Who you guys got?? @ufc @ufceurope #mayweathermcgregor 🥊🥊

The bombshell, who started her modelling career at the age of 14, is well-known for her stunning TV appearances, record deals and co-writing deals with Kasabian, Lucie Silvas and Take That star Gary Barlow, all of which earned her a lengthy string of showbiz credits, including MMA success as a UFC Octagon Girl.

The 5ft 7in babe, who's been topless in the Daily Star and boasts a huge 235,000-strong army of followers, was the face of the Coral betting company in 2016 and starred in hilarious ads using the catchphrase “Get your mobile out”. Her Christmas shots are no less outstanding, with both male and female subscribers lavishing her with incredible praise, even more so after she revealed that she is patriotic and showed her support for dead British troops by wearing a poppy on Remembrance Day.

Wishing you all a very Merry Christmas, love to all 🎅🏻🤶🏻🎄🎁❤️

One Instagram user wrote: "Those eyes. You are an angel", with another one weighing in: "I love you. Such a beautiful troublemaker".

Trump Has Issues With His Entertainment Provider Over UFC Fight, Dana White Says