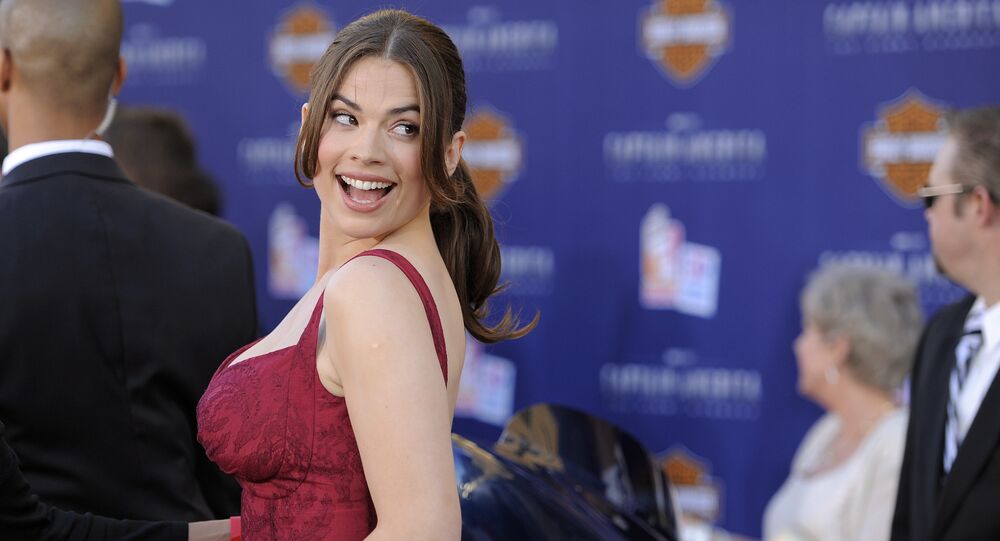 Hackers claim they will upload more images of the Hollywood star soon.

A nude selfie of Hollywood actress Hayley Atwell was posted by an X-rated website, the Daily Mail reported Sunday.

The nude image of Atwell, 36, best known for her numerous appearences as Peggy Carter in Marvel's Avengers movie franchise, was posted by the Tehran-based CelebJihad website, which claims that it "specialises in explicit celebrity leaks", according to the Daily Mirror.

The Iranian-based website, which goes under a motto: "explosive celebrity gossip from Islamic extremists," stated that the selfie was "leaked to the Web as part of a preview for the upcoming leaking of her full set."

© Photo : apple-iphone.ru
Details of New Apple Products Leaked Days Before Official Release
While the photo in question only shows half of the actress' face, the website provides a what it calls a "photo proof" of Atwell's identity, by pointing out a double earring similar to one that Atwell wore during an earlier photoshoot this year.

The hacker responsible for the 2014 leak — later identified as Edward Majerczyk — was given a nine-month jail sentence in January 2017, the Daily Mail reported.

In 2017, another round of hacks revealed photos of "50 Shades of Grey" actor Dakota Johnson, Californication's Addison Timlin, golfing legend Tiger Woods and athlete Lindsey Vonn, alongside other stars such as Kristen Stewart and Katharine McPhee, earning the title: "The Fappening 2.0."

CelebJihad's owner, who goes under the mock name of "Durka Durka Mohammed," (from the comedy satire puppet movie ‘Team America') says the reason they publish nude selfies is to "expose the vile celebrity harlots for what they truly are."

"We have long suspected that heathen Hollywood is filled with these sorts of dens of vile lesbodyking, but thanks to these leaked photos we now have indisputable proof," the website wrote after leaking photos of Dakota Johnson and Addison Timlin posing together nude in a shower.