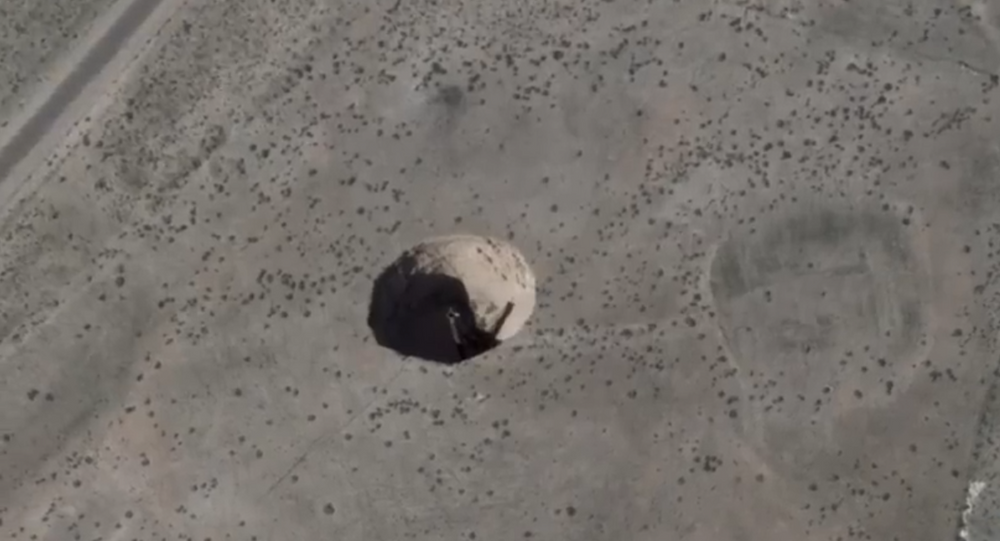 Mysterious Crater SPOTTED Near Top Secret US Military Base

Two YouTube bloggers have been surfing Google Earth to explore a highly classified remote detachment of US Edwards Air Force Base in the state of Nevada, known as Area 51.

Using Google Earth, Blake and Brett Cousins of YouTube channel thirdphaseofmoon spotted a mysterious object in the middle of a crater near the secret US military base Area 51. Filmed from several angles, the footage showed a tall and thin object:

“Conspiracy theorists are going wild right now. This could be some sort of vent or a tower embedded within a crater close to Area 51”, Blake said, zooming in on the bizarre finding.

The clip was uploaded on 13 December and has already been viewed over 19,330 times on YouTube, with baffled subscribers leaving comments such as: “Underground facility wouldn’t surprise me in area 51” and “You would think there would be a lot of tracks going to it if it were dug out by heavy equipment – I don’t see any”.

Area 51, the high-security remote detachment of US Edwards Air Force Base in the Nevada desert, has been at the centre of alien conspiracy theories for decades.

© CC0
Aliens or 'Putin's Rocket'? Netizens Puzzled With Mysterious Object Spotted over US
Some believe that NASA fabricated the 1969 moon landing, having filmed it in one of the base’s hangars.

In the 1950s, the US began testing a high-altitude reconnaissance aircraft, the U-2, in the area and immediately reports of UFO sightings came flooding in.

And, as a bonus fun fact, there’s the Alien Cathouse to Area 51’s west, which is promoted as the only alien-themed brothel in the world – something that definitely fuels extra-terrestrial speculation.