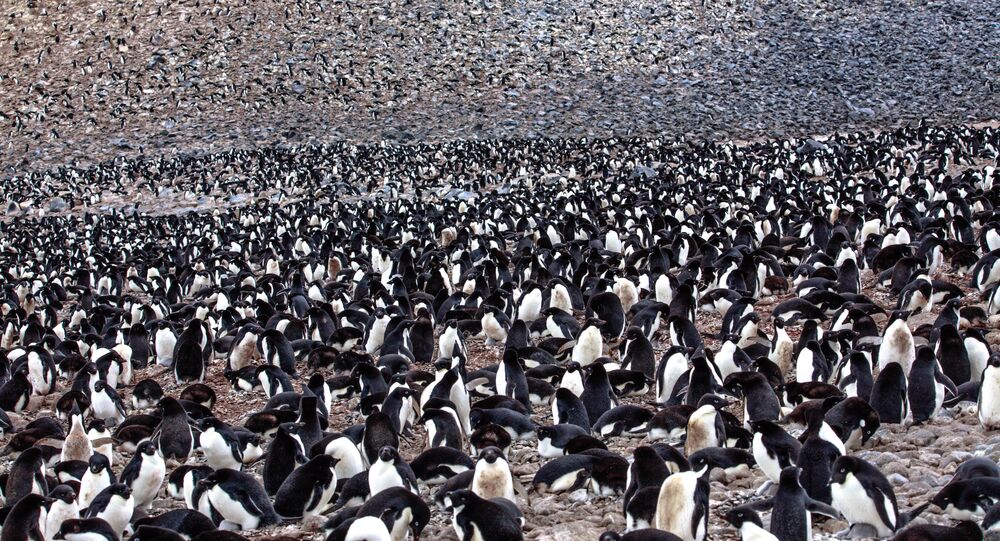 In March 2018 a supercolony of about 1,5 million Adelie penguins was found on Antarctica's Danger Islands by scientists, who traced the colony with the help of satellite photos depicting penguin excrement. Recently the main findings regarding the life of the supercolony were presented at the American Geophysical Union's (AGU) Fall Meeting.

According to the research paper presented on December 10 by a group of scientists at AGU's Meeting, the Adelie penguin colony discovered earlier on the Danger Islands has existed there for almost 3,000 years.

"We discovered that Adélie penguins first occupied the Danger Islands and Paulet Island approximately 2820 and 2936 years before present. To our knowledge, these dates represent the oldest record of Adélie penguin ornithogenic soils in the northern Antarctic Peninsula," the research paper abstract reads.

Michael Polito, the head of the research group, noted that the study of penguin poop could give a retrospective view on how the penguins and territories they occupied have changed in the past.

In March 2018 the previously unknown supercolony of penguins was found after a group of scientists examined satellite images made during a pan-Arctic survey of Adélie penguins, according to Live Science.

Satellite images of penguin poop-stains in Antarctica have uncovered a massive, previously unknown population of Adélie penguins (1.5 million of them) living on the Danger Islands, which are located at the tip of the Antarctic Peninsula and are surrounded by treacherous seas. pic.twitter.com/AeVaO5OYqB

When penguins were big