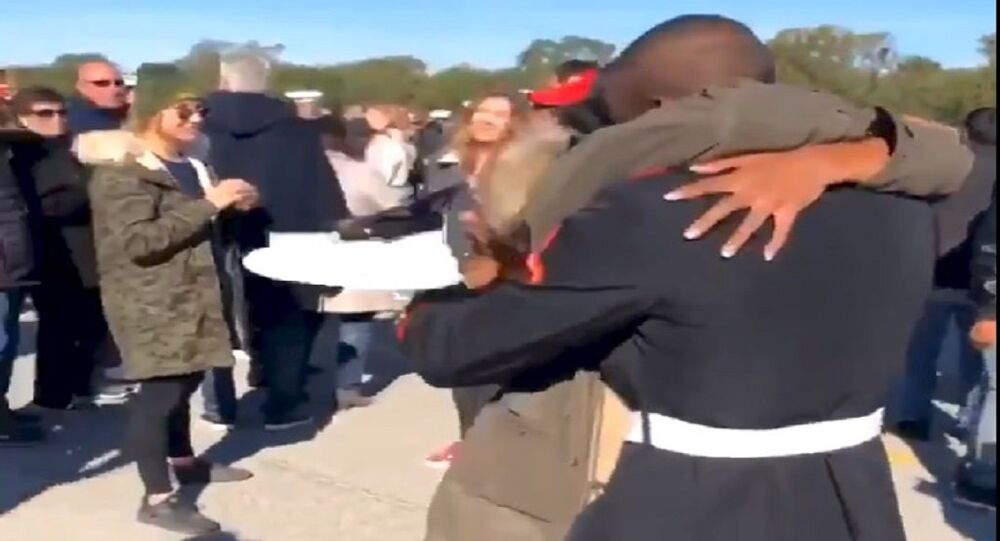 All a Marine could wish for upon graduating from boot camp is a visit from the person that they love the most. This newly minted Marine thought he would be deprived of this joy on his graduation day, but he has never been so wrong.

A video showing the graduation of Marines who have completed their boot camp training at Parris Island in South Carolina has gone viral after its author, Jevonna Williams, revealed the heart-warming story behind it. Jamil Brown, a freshly graduated Marine, can be seen in the video taking photos when suddenly he noticed in one of the pictures that he had silently been photobombed by his girlfriend.

Yesterday I surprised my boyfriend at his graduation from USMC Recruit Depot Parris Island! ❤️

His reaction was priceless! 😩 pic.twitter.com/9xI3u9pbDd

He never expected her to come, as she was scheduled to begin training to become a Marine Corps recruiter shortly before his graduation. But when her plans changed, she decided to keep it a secret to make it a surprise for her boyfriend. And she totally succeeded at it, judging by the reaction of Jamil Brown, who, after the initial shock, embraced her in a warm hug.

The video, which has garnered almost 5 million views, was inundated in comments, with many people praising the kind of love that Jevonna Williams and Jamil Brown have.

Thank you both for your service. Beautiful love right here pic.twitter.com/huEHU4jGPX

She’s stunning, he’s achieving, they’re both marines, the love is so real pic.twitter.com/hPhN8lmxWU

Some people admitted that they had watched the moment when the two were reunited multiple times.

While others admitted to having laughed and cried at the same time when watching the video.

My eyes are leaking 😭

Rock Til You Drop: Heart Attack Kills Buzzcocks Singer But Punk's Not Dead

Campaign 'Heart and Soul': UK PM May Calls on Britons to Support Her Brexit Deal