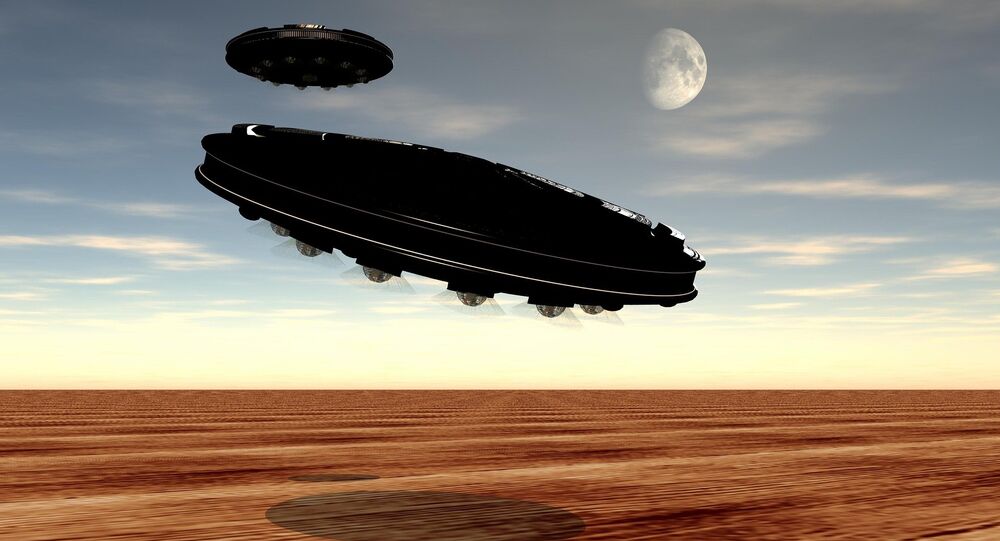 Although netizens have come up with several reasonable explanations for the phenomenon visible on the tape, none of them fully explains the speed or the shape of the object moving in the background of the footage.

People watching the TV report on wildfires in California, broadcasted by the channel Sky 5 spotted an unidentified object moving in the background in the top left corner. The 'cigar-shaped' object appeared from behind the smokescreen created by the fires, using it as a cover, online media Disclose TV suggested.

Many people in the comments section under the video agreed that it indeed looked like a UFO, since it travelled at speeds not used blimps or any other aircraft. Still, some noted that the object could have been moving not by air, but on water, since Lake Oroville was seen in the background. Indeed, the ellipsoid shape of the object could be explained by the trail the fast-moving craft leaves on the water, but some netizens were left unconvinced.

One internet user suggested that the cigar-shaped object was just the result of a video corruption of some kind, which could explain the awkward, 'jumpy' movements of the object.

California is struggling with several huge wild fires that have destroyed hundreds of structures. One of the blazes, the so-called Camp Fire, has been dubbed by many as the most destructive fire in the state's history.